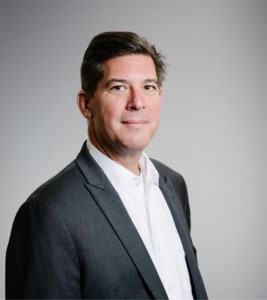 Digital twin technology is transforming the way assets are operated and maintained. So swiftly, in fact, that it is difficult to keep up with each advancement. We spoke to Alan Kiraly, Senior Vice-President, Asset Performance Business Unit at Bentley Systems, to find out more about the possibilities of this new technology.

At its most basic level, digital twins make asset operation and maintenance smarter. This means moving from a reactive, “if it breaks I have to fix it” mode to a proactive, predictive approach combining condition monitoring with the engineering knowledge modelled in the digital twin.

Alan Kiraly, senior vice president, asset performance with Bentley Systems, has seen how digital twin technology developed for the aerospace and automotive industries is now being applied to other industries.

“I came out of the aerospace manufacturing industry decades ago, where there are numerous examples of digital twins predicting the performance of aircraft engines,” said Kiraly.

“What we see now are people taking those same ideas and applying them to infrastructure, so that everyone can visualise what the future state of the asset will look like and how it will operate.”

The technology empowers people to make proactive decisions against what is going to happen, as opposed to simply responding to issues as they arise.

The value of visualisation

Mr Kiraly said the ability to digitally visualise an asset carries a number of advantages.

First, it helps us understand an asset better than using abstract drawings and blueprints. Traditionally, a lot of plant infrastructure is managed using the drawings that were used to create the plant. A digital twin makes the data easier to understand by more people.

“Being able to see and compare the operating data of an asset to its digital twin enables asset managers to more quickly put in context what’s going on in the real world,” Mr Kiraly said. “You can get more people up to speed faster on what needs to happen either to prevent a problem or improve performance.”

Second, digital twins carry huge safety ramifications. Because the location of the actual maintenance requires physical access. Using the digital twin to visualise what needs to be done before doing the work is incredibly beneficial from a safety perspective.

Moving from facsimile to a reflection

Mr Kiraly notes that digital twins have been around for years in the design stages of infrastructure projects. In modern design and architecture, everyone is familiar with being able to visualise a project.

SYNCHRO for example, one of the applications Bentley acquired in 2018, allows project managers to visualise construction of the whole digital twin, and even augment it with reality capture.

“Not only do I have the 3D CAD models of what I want it to be, but I’m taking photos and using LiDAR, point cloud, and other techniques to collect the reality and validate as I construct,” Mr Kiraly said.

After construction, the digital twin can become a reflection of reality — not only in visualisation, but a model that mirrors the behaviour of that asset. This requires integrating the engineering models, and even the environmental implementations into the digital twin.

Tracking continuous changes in real-world conditions has traditionally been an obstacle for infrastructure owners. Now, a digital twin can be continuously synchronised from multiple sources, including sensors and continuous surveying using drones with cameras, to represent its near real-time status, working condition, and position. Therefore, tracking changes has become easier and more economical than before using point-cloud capture and photogrammetry.

Where in the past, even if the digital twin was handed over from construction, it would not be used much afterwards – if at all. This capacity to update the twin enables its use for long-term maintenance and monitoring assistance.

This shift into a dynamic, synchronised twin enables project managers to perform what-if scenarios, and ask, “If we carry out this reliability and maintenance, will that outcome actually occur?”

Focusing the ‘firehose’ of data

For Mr Kiraly, the biggest challenge of digital twin technology is not about acquiring the information to create it – the rapid development of data capture technology like drones and IoT sensors mean that data is readily available. Rather, the issue is dealing with this wealth of data in a way that makes it useful.

“It’s almost as if you’ve got this firehose of available data. How do you put that into some sort of system, or series of systems, that makes it useful?” he said.

“We’ve seen this happen with other technologies over time, including when SCADA first came out. People went out and they bought all this stuff to get the data, but then they only had a lot of data, and they weren’t sure how to use it. Or alternatively, only certain people could see the data.

“That’s one of the reasons we feel so strongly about what Bentley promotes, in our open-sourced iModel.js and our iTwin Services. When it’s open, and you get data in a place where most people have the opportunity to get to it, you can incrementally get value out of it.”

Mr Kiraly said that digital twins can help cities realise the potential of smart cities in two ways. Most clearly, it empowers those with the data to make informed decisions about the future of major assets and understand how those assets interact.

For example, the technology is enabling the modelling of an element that has been difficult to monitor in the past: the subsurface infrastructure.

Understanding what is above and below ground, where utility lines intersect with water lines, has important safety ramifications for routine management and disaster relief.

Sensors can not only give first responders crucial data during flood conditions, they can also be used for safety concerns during day-to-day operations.

“As you put all this information into a common place in a digital twin of the digital city, you can start reusing this information across it, and it really helps cities save money and become smarter,” Mr Kiraly said.

This is still a challenge commercially, as the first-responder budget is generally not the same as the budget for the sewer system or for electrical utilities. There is also a question around how quickly decades-old policies and budgets can be combined and updated.

Communicating a vision for a smarter city

While it’s tempting to dive into the technological side of this change, one simple but crucial advantage is the ability to communicate designs, visions, and decisions with the public.

“There is huge value in stepping back and saying, I can actually show the public and stakeholders what this city is going to look like, and how the changes we are considering are going to impact their lives,” Mr Kiraly said.

“Most if not all of our processes right now are still paper based. If they have any drawings or CAD at all, it’s about the very specific asset, but it doesn’t always show how that impacts the environment that it’s in. Without that visualisation, it’s easy for people to use politics to get things passed, as opposed to really coming to an informed consensus based on real data.

“A digital twin of the city lets you look at a proposed new building and how it’s going to affect the shadows in an adjacent park. Macro effects like how it’s going to affect wind flows in the area as well as flooding and drainage predictions can be analysed. Scenarios like this cannot only be explored and determined but be very accessible to the public to see as they are published. With a digital twin it’s very clear what the impact of the infrastructure update is going to be to all concerned.”

Digital twins validate decision makers’ proposals and our policies. It allows them to demonstrate the true impact of the proposed change, and how it will affect a particular asset in the city.

A holistic understanding of infrastructure

Mr Kiraly noted that a more sophisticated, integrated understanding of a city’s infrastructure will optimise the way digital twin technology is used.

“When we talk about infrastructure in the city, people think of the buildings. But, we also have to think of the linear network of the roadways, and how that is intertwined with utilities beneath the road. Utilities impact drainage systems. Putting in rail transit impacts utilities and roads. And, as we distribute more and more of our electricity through solar and wind power, we need to know how that distribution is plugged in. It’s the ability to take all of this into account holistically that makes for a digital city.”

This means that while it is easy to fixate on the 3D model capacity of digital twins, we must also move beyond it.

“If all you’re doing is collecting data and showing it, you’re still going to get value, but you really want to compare it to the engineering intent,” Mr Kiraly said.

“We have a lot of knowledge of how we want an asset to perform, how it should perform, and what we use to compare performance. To me, digital twins for infrastructure are not just a replica, but an actual place where we can try out ideas and see how they’ll behave.”

Not only does a good result help to get people to buy in, it allows the change to be implemented in the real world more safely and efficiently.

Since digital cities need so many engineering disciplines and people involved to be truly effective, it is essential to gather and employ data in as open a system as possible to get maximum benefit from the asset.

Machine learning: the next frontier

Mr Kiraly said another development impacting the digital-twin space is the uptake of machine learning against 3D data capture. This is being made increasingly easier with developments in drone technology.

“It seems like every week a new drone comes out, and they’re getting smarter and smarter. Soon most drones won’t need operators; they’ll just be coded to know where to fly and come back.

“A lot of people are getting comfortable with the idea of using machine learning for predictive analytics of sensor data. That is part of the digital twin. But what’s really exciting, and what we’re seeing success with now, working both with our partners like Microsoft and internal research and development, is using techniques that were developed for facial recognition to be able to look at a context-captured reality model, either point cloud or through photos,” he said.

From this information, machine learning algorithms identify features of the asset: a transformer, a pump, a road site and so on and auto-classify them, giving intelligence without human involvement.

“In the case of auto-alert inspections, drones with cameras mounted on them can be sent out to capture a bridge, for example, and show an engineer where there is suspicious corrosion or cracks.”

For Mr Kiraly, the ability to have machine learning algorithms monitoring all this data and condensing it down for a decision maker to comprehend in the context of the digital twin marks the culmination of all the developments in the digital twin space.

“It’s really a fun time to be involved with this stuff,” he said.

This partner content is brought to you by Bentley, the official sponsor for Smart Cities 2019. View more information on Bentley’s digital twin services here.