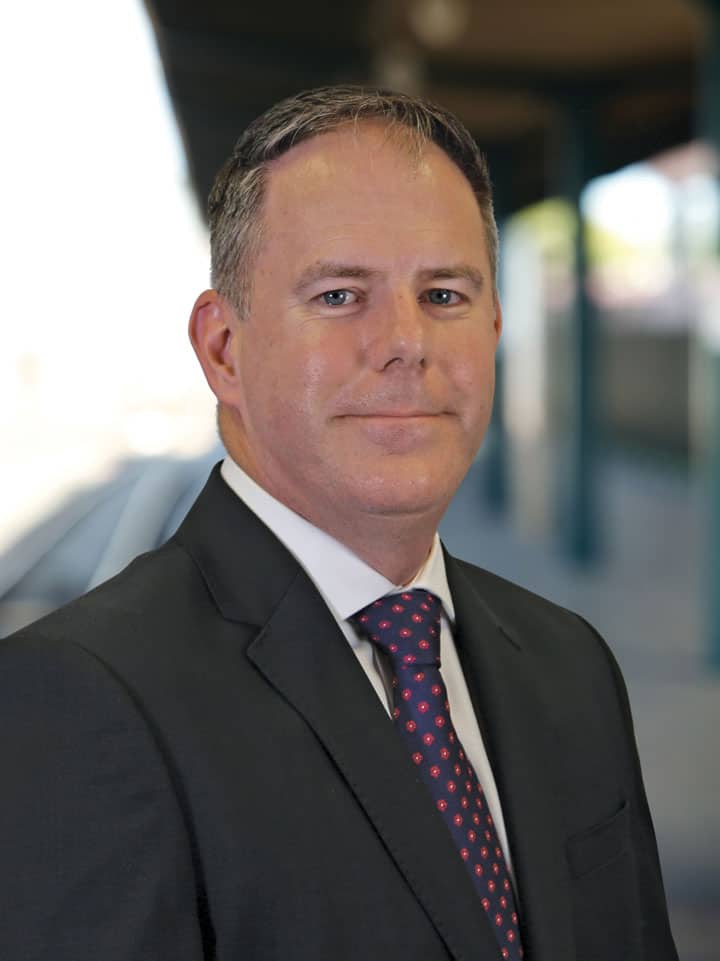 When Sydney Trains won two of the five awards at the Asset Management Council Excellence Awards earlier this year, host Peter Rowsthorn of Kath and Kim fame, quipped, “Sydney Trains, really?” Winning awards for excellence in managing its $40 billion of assets may be a surprise to some, but for the last few years, Sydney Trains has been working away behind the scenes to overhaul entrenched working practices and business systems in the pursuit of becoming a world-class asset management organisation.

“Our first step in this whole process was to undertake a self-assessment to identify methods to improve our asset management system, including a new framework, new policy, procedures and processes to better manage our assets and asset lifecycle,” Mr Burton said.

“We identified very early on back then that this presented an opportunity for us to become the first Australian public sector organisation to achieve this certification, which we managed to do in June 2017.”

Mr Burton said Sydney Trains has just notched up some more ‘firsts’ by becoming the first rail organisation and the first public sector organisation in Australia to achieve integrated, aligned ISO 55001 and ISO 9001 (achieved in 1992) recertification.

Getting to this point hasn’t been easy and there are a number of factors that add to the complexity of Australia’s biggest and busiest rail operator, where 1.4 million journeys are made every day on the 165-year-old network.

One major complexity is Sydney Trains’ 11,000-strong workforce, which is as diverse and dispersed as the community it serves; as are the billions of dollars of assets it manages, from train stations to overhead wiring, as well as signals, bridges and turnouts across 1,600km of track.

But change was, and continues to be, vital.

“In this time we also delivered the Enterprise Asset Management (EAM) system, which meant for the first time in Sydney Trains’ history we had all asset information in one system, providing a single source of truth for planning, execution, recording and reporting of maintenance activity across Sydney Trains’ network,” Mr Burton said.

Delivering the EAM system was a huge step for Sydney Trains, but it was just the start.
“Receiving ISO 55001 certification in 2017 was confirmation Sydney Trains was and is up to international standards in asset management. But to become a leader in the field and to ensure recertification of both standards (55001 and 9001) in two years’ time required taking it to another level,” Mr Burton said.

“We’re faced with increasing external demands, such as growing patronage under tightening budgets. It’s critical we have a full line of sight of our assets so that stakeholders can work in tandem to fully optimise asset efficiency, cost, performance and risk mitigation.” To achieve this, Sydney Trains set up two teams — one to align business systems, and one focused on asset maturity. Through a dedicated team of staff, Sydney Trains needed to effectively drive compliance, system alignment and alignment of all asset management functions across the organisation within the two year timeframe — in time for ISO recertification in June 2019.

The team focused on asset maturity had the task of aligning asset management functions and identifying areas of improvement to minimise knowledge and process gaps. They decided that to break the silos and bridge information gaps in such a complex organisation needed a simple, common sense approach.

They worked with stakeholders to analyse their inputs and outputs and matched them with the requirements of the next stage in the process. Through this analysis they were able to understand where there were gaps in the system, and they could then minimise the gap between what was happening on the ground and what should happen.

The team engaged more than 200 decision-making stakeholders, responsible for managing the 11,000 workforce, to move from a tick box delivery function to a common sense model where stakeholders brainstorm to resolve the varied and conflicting expectations and requirements.

This gave them a direct line of sight between asset management planning and all the downstream delivery related functions such as procurement, scheduling and site delivery. This enabled stakeholders to analyse their inputs and outputs without getting bogged down with the complexity of the process.

Through this, they put together an action plan to close the information gaps, get rid of bottlenecks and help stakeholders to operate in tandem for collective decision-making to optimally manage the lifecycle of the organisation’s assets into the future. By engaging the decision makers, the team were able to speed up the change process and implement outcomes that would benefit the entire workforce. “Through these two small teams, we’ve been able to realise many benefits such as business efficiencies, the financial benefits of cost efficiencies, reduced internal and external auditing, and improved audit outcomes,” Mr Burton said.

Receiving international recognition through ISO certification and recertification was the first step on Sydney Trains’ path to asset management excellence and with business systems in place and stakeholders engaged in the process, the tracks have been laid for institutionalising asset management at an organisational scale.

And what does this all mean for Sydney Trains’ customers?

“Ultimately, being world-class asset managers and optimising our $40 billion dollars of assets translates to increased performance in terms of reliability and punctuality, less disruption to the network and increased financial sustainability, ensuring the highest value for the community and taxpayers,” Mr Burton said.