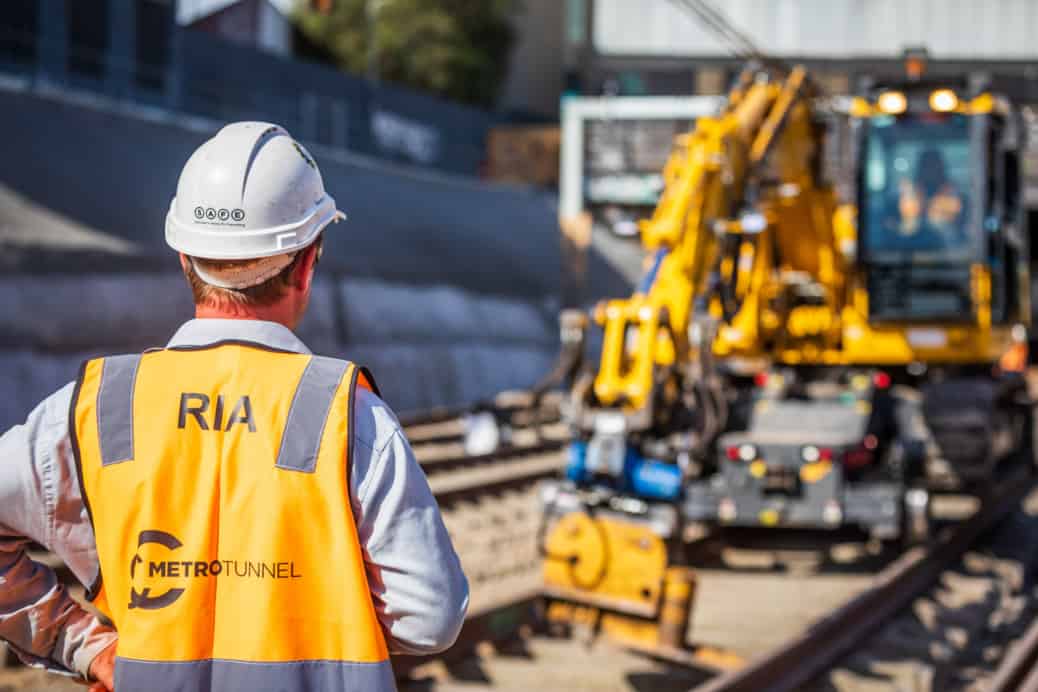 A $18 million purpose-built facility which produces concrete segments for the Metro Tunnel is helping to create jobs in Melbourne’s west.

The plant, which employs 70 workers, has already produced 3,500 concrete segments ahead of the start of tunnelling at the future North Melbourne Station site in August 2019.

Each segment, which will line two 9km metro tunnels, weighs 4.5 tonnes. The concrete segments will be stored at the factory before being transported to the tunnelling sites at Arden and Domain. At peak production, the factory will churn out around 150 curved segments every day – one every seven minutes.

When the project is finished, the factory will have made more than 56,000 concrete segments, which will be arranged into around 9,300 rings forming the walls of the Metro Tunnel – the biggest public transport project ever built in Victoria.

Many of the workforce at the facility are auto workers, getting new skills and experience in concrete manufacturing that will set them up for long careers building the infrastructure Victoria needs as it grows.

The Metro Tunnel will create 7,000 jobs for Victorians, including work for almost 800 apprentices, trainees and engineering cadets.

The first tunnel boring machine Joan – named after Victoria’s first female Premier Joan Kirner – will be joined by three other TBMs to dig the Metro Tunnel, which will take two of Melbourne’s busiest train lines out of the city loop, creating room for more services and passengers right across the city.

Victorian Premier, Daniel Andrews, said, “This huge factory is building the future of our train network and creating Victorian jobs.

“I thank these workers for their hard work on this vital project, which will create space for more trains, more often, right across Melbourne.”

Member for Kororoit, Marlene Kairouz, said, “This state-of-the-art facility is a jobs-boon for our community – giving local workers a chance to gain invaluable skills and experience, and boosting local businesses in Deer Park and across Melbourne’s west.”

The Metro Tunnel is expected to be complete in 2025.