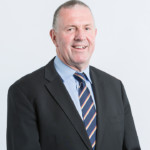 It’s been a few months since the release of Infrastructure Australia’s 2019 Audit – one of the key future-looking documents for the sector. Before he steps down from his role at the end of the year, ARA CEO Danny Broad, discusses some of the key findings of the Audit and what it means for Australia’s rail industry, including a look at asset management capacity, urban freight routes and road reform.

The Infrastructure Australia 2019 Audit has some important and significant findings that the Australian Government needs to listen to and act upon. At a high level the Audit finds that Australia still stands in a position of strength, however, looking to the future we are set to have a period of unprecedented uncertainty.

Changes in climate, a reshaping world economy, increasing political polarisation, and rapid technological change are all leading to greater uncertainty.

There have been some positives since the last Audit in 2015 with infrastructure investment, especially transport, which has been on an upward trend. The ARA has estimated that over $150 billion has been committed to rail infrastructure and new rolling stock projects alone over a 15 year period.

At the same time, governments have increasingly been integrating transport and land use planning as well as preserving key transport corridors.

One key issue that has emerged and poses a significant challenge is the population pressures in our large cities. This has led to road congestion, overcrowding on public transport and greater demands on social infrastructure.

One of the more considered and challenging findings from the Audit was that the record investment being made in infrastructure by state, territory and the Commonwealth Government is not a once-in-a generation aberration but is in fact the ‘new normal.’

Governments will be required to continue to build more infrastructure needed to keep pace with Australia’s growing population and more complex and varied needs.

The Audit finds urban congestion will continue to grow with the population unless investment continues to increase. A key issue then becomes the ability and commitment of governments to sustain these levels of funding over the medium term.

Many of the key themes identified in the Audit are already on the ARA public policy agenda. This Audit reinforces the need for Commonwealth and state governments to rise to the challenge and put in place strategies to address these challenges over the long term.

The Audit also found that there is a need to increase investment in passenger rail networks. Access to and quality of passenger transport networks is unequal and more difficult to access for people who are financially stressed, people with a disability, people who are older, and those who live in regional and remote communities or the outer suburbs of major cities.

The adoption of a national freight and supply chain strategy is an opportunity to develop a multi-modal strategy to the movement of freight.

One of Infrastructure Australia’s most significant observations in the Audit was in relation to asset management. The report found that the capability of Australian governments to plan, manage and undertake works to maintain and renew the assets in our transport network has not improved in recent years.

Interestingly, IA said that there is no single metric to determine the appropriate level of maintenance, renewal or rehabilitation for a transport asset, and that ideally, expenditure should be sufficient to maintain a predetermined service level and should be part of a detailed asset management plan.

This is an often-overlooked aspect of infrastructure provision in Australia, but without a doubt, it is one of the most important. In light of a passenger and freight task that continues to increase exponentially year on year, ensuring we have long term and appropriately funded asset management regimes across all levels of government and across all transport modes is fundamental to increasing capacity, improving reliability and achieving improved safety outcomes.

Not unsurprisingly, Infrastructure Australia also added its voice to the chorus of bodies calling for road pricing reform. The Audit highlighted the fact that there is no clear link between expenditure on roads and usage, which means road expenditure is inequitable, inefficient, unsustainable and lacks transparency.

It pointed out that without reform, revenue from fuel excise will decline, drivers will not be charged fairly and people will be incentivised to drive, contributing to congestion.

It is not just Infrastructure Australia advocating this. There is ample evidence from a range of bodies demonstrating the economic benefits of heavy vehicle road reform. These have included the Productivity Commission, the National Commission of Audit and the National Competition Policy Review.

Reports from these bodies underline why heavy vehicle pricing reform is the single most important initiative that Government should be considering to ensure the long-term efficiency and sustainability of our transport networks.

Road pricing is all about turning the provision of heavy vehicle road infrastructure into an economic service where feasible. It means implementing a market-based model that ties funding to user requirements and the willingness of users to pay. It involves replacing the existing heavy vehicle charging regime, which comprises of fuel excise and registration charges, with direct user charging. Direct user charges for heavy vehicle access to road infrastructure would allow clear price signals to be introduced for these users.

Reform should aim to establish proper linkages; linking the needs of heavy vehicle users with the level of service they receive and linking user charges and investment of those charges back into road services.