Sydney Metro has released a first look at the proposed design of the new eastern entrance to Central Station and Central Walk – its biggest upgrade in decades.

Central Walk is expected to be completed in 2022 and will open to customers while Sydney Metro construction continues, with metro rail services between Bankstown and Chatswood starting in 2024. 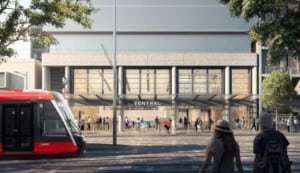 Major construction activity is well underway at the Chalmers St entrance with demolition complete and excavation work to 16m metres below ground.

A draft Station Design and Precinct Plan has also been prepared for the new Sydney Metro platforms and Central Walk at Central Station. This plan outlines how the design of the Central Station Metro works has been developed, and is available online for feedback.