“As Sydney Harbour Master and Chief Operating Officer, Mr Holliday has shown great leadership at Port Authority and a steadfast commitment to providing the safest and most efficient marine services in our ports,” Mr Dunn said.

“Mr Holliday’s appointment is the next step in a long and successful career in the maritime industry.”

Mr Holliday joined Port Authority in 2011 and has been fulfilling the role of acting CEO following an announcement in September 2019 that Grant Gilfillan would step down after 12 years as the organisation’s head. 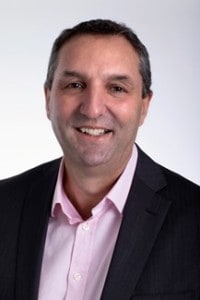 Beginning his maritime career as a 16-year-old cadet with Ropner Shipping Services, Mr Holliday moved on to Souter Shipping where he gained his Class 1 (FGN) Masters certificate.

In 1998, Mr Holliday joined Associated British Ports (ABP), the UK’s largest port operator, in a port operations role, becoming the Harbour Master for the ABP Port of Southampton and Marine Advisor for the group’s 21 UK ports.

Upon moving from the UK to Australia, Mr Holliday became chair of Ports Australia’s Port Operations Working Group and took a lead role in the development of the Australian Port Marine Safety Management Guidelines.

“Mr Holliday’s operational and commercial experience in the maritime industry will serve him well as CEO and I am confident that he will take the Port Authority into a new era,” said Mr Dunn.

The appointment follows a comprehensive recruitment process that was undertaken to fulfil the position of CEO and Director by the Board of the Port Authority of NSW and their recommendation was made to the NSW Government for endorsement.

A recruitment process to fill the roles of Sydney Harbour Master and Chief Operating Officer will be the next to commence.