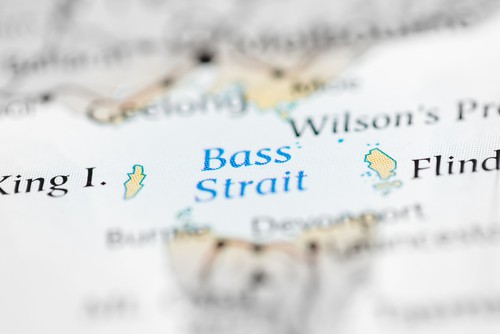 TasNetworks has released the final business case assessment for Marinus Link, outlining its findings on the project’s feasibility.

The Business Case Assessment and Project Assessment Draft Report for Marinus Link highlights that the second interconnector across the Bass Strait is feasible at 1500MW capacity and could be in service from 2027.

Major industry networks and businesses have welcomed the outcome.

In 2017, the Australian and Tasmanian Governments announced their commitment to jointly fund the $20 million feasibility study and business case assessment for a second interconnector, named Project Marinus.

Supported by $10 million from ARENA, TasNetworks’ analysis has found the proposed Marinus Link and the associated supporting transmission is technically and commercially feasible.

If built, Marinus Link could support Australia’s transition to a low-emissions future by expanding the renewable electricity generation and storage capacity in Tasmania, which could be exported across Bass Strait to support the National Electricity Market (NEM). At present, Tasmania can only export 500MW as it is limited by the capacity of the existing interconnector Bass Link.

The business case shows that the optimal capacity of the Marinus Link would be 1500MW, built in two separate HVDC cables of 750MW each. The proposed route would run from north-west Tasmania near Burnie to the Latrobe Valley in Victoria.

According to the business case, Marinus Link and supporting infrastructure could provide net energy market benefits to the NEM in excess of the project’s estimated $3.5 billion cost over the life of the asset. The business case found Marinus Link could also unlock up to $5 billion in new renewable energy investments, including in long-duration pumped hydro and wind farm development in Tasmania, as well as having $2.9 billion in wider economic benefits to Tasmania and regional Victoria.

A previous report released by ARENA and Hydro Tasmania confirmed that Tasmania could play a significant role in the transformation of the NEM over the next two decades, but a second interconnector would be needed to underpin this. ARENA has supported Hydro Tasmania’s Battery of the Nation initiatives to set up a blueprint for how Tasmania’s renewable resources are developed over the coming decades.

TasNetworks also released the findings of the regulatory investment test for transmission (RIT-T).

The project is subject to a large and complex multi-jurisdictional approvals process including planning, environmental and cultural heritage approvals.

TasNetworks will now begin the design and approvals phase for Project Marinus, for which the Australian Government has committed $56 million.

“Tasmania has the potential to support the renewable energy transformation of the NEM that is currently taking place. With this business case showing that Marinus Link is feasible, we could see its vast pumped hydro and wind potential playing a key role in providing clean, low cost and dispatchable power to the NEM in the future,” Mr Miller said.

Responses to the business case

According to Hydro Tasmania Chief Executive Officer, Steve Davy, Hydro Tasmania has welcomed the release of TasNetworks’ latest assessment of a new Bass Strait interconnector, saying Hydro Tasmania stands ready to respond to the needs of the market.

“Early development of strategic interconnection such as Marinus Link would cost-effectively increase the resilience of the power system to coal-fired generation closing earlier than expected.”

Mr Davy said that Battery of the Nation represents one of the most reliable and cost-competitive solutions for meeting Australia’s future energy needs.

“We have more than 400MW of existing available hydro capacity and ample opportunities, both in optimising our existing asset base and in our highly competitive pumped hydro development options. In particular, our existing and potential long-duration (deep) storages allow us flexibility in optimising our assets and operations to best meet future market requirements,” Mr Davy said.

“We have the sort of long-duration storage the future electricity market will need as it transitions to greater penetration of variable renewable sources.

“This pipeline of future projects brings significant optionality and flexibility, as these opportunities can be developed in stages as the electricity market transforms.

“Hydro Tasmania will continue to work with TasNetworks and the Federal and Tasmanian Governments to identify options that maximise the value of any interconnector investment and ensure best outcomes for Tasmanians and customers in the broader NEM.

“I also wish to acknowledge ARENA, who have supported the Battery of the Nation initiative to get to this point.”

“This project will allow up to 1,500MW of renewable generation to be supplied to the National Electricity Market.

“With the rise of variable solar and wind generation, unlocking the hydro capacity of Tasmania to store and generate electricity will help keep the lights on and businesses running.”