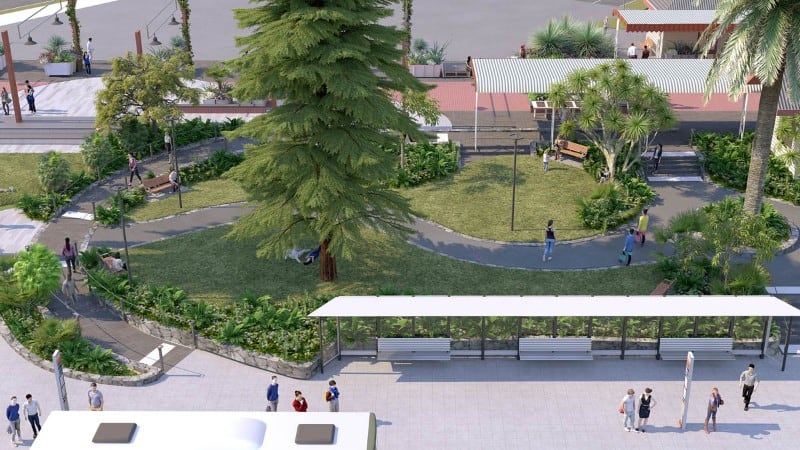 May 2020 is shaping up to be a rail construction blitz for Melbourne’s south-east, with designs released for Mentone Station gardens and preparations commencing for the removal of three level crossings.

The designs for Mentone Station gardens were based on community feedback, and feature a large new recreational area.

The works on the Frankston line will also include the removal of three dangerous and congested level crossings.

Major construction on two new modern stations at Cheltenham and Mentone began in late 2019 with a rail trench, which will lower the Frankston line under Park Road and Charman Road in Cheltenham as well as Balcombe Road in Mentone.

Trains will run express through the stations until a two-month closure of a section of the Frankston line, which will run from mid May to mid July 2020.

The new stations are expected to open shortly after the closure period with finishing works continuing into early 2021.

During construction the five heritage-listed trees – three Canary Island date palms and two Norfolk pines – will be protected and the heritage-listed Mentone Station buildings will be refurbished on site.

The Friends of Mentone Station and Gardens community group have been a key part of the work at Mentone to date and will continue to be involved in the project as construction commences.

Works at Cheltenham and Mentone are part of a $3 billion investment on the Frankston line, which includes the removal of 18 level crossings, with five already removed, and the build of twelve new stations.