Growth, sustainability and resilience: a new era for Australia’s airports 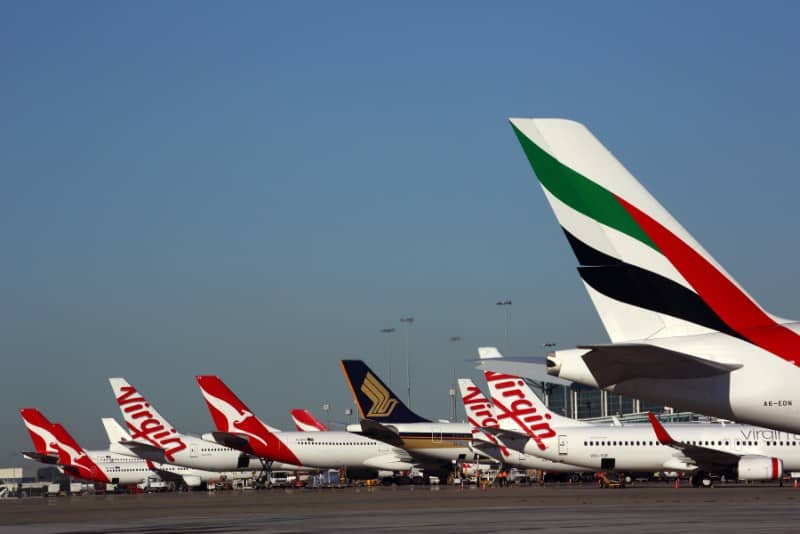 Major airport upgrades are underway across Australia, especially a boom in Queensland. As the sector gets to work on this construction, it’s also preparing for future challenges around changing government security requirements and asset climate resilience.

In late 2018, the AAA renewed its call for sustainable regional airport funding after what had already been a long and hard-fought campaign.

It was a plea that resonated across Queensland, where residents knew only too well the importance of connectivity in the regions.

In 2019, the AAA National Conference returned to the Sunshine State as the application process for the first round of grants is underway.

The $100 million fund, to be delivered over four years, will be a huge boost for regional Australia, allowing airports to finally secure the funding they need for essential maintenance and upgrades.

That work will help keep their airports safe and compliant for years to come.

It was just one milestone moment of 2019 to be marked at the conference. But it was perhaps more fitting than ever that this year’s event took place in Queensland.

The state is on the verge of realising the benefits of years of planning and investment to unlock new possibilities for its people and businesses. The opening of Brisbane Airport’s new runway is now less than a year away, and when that first aircraft touches down, it won’t just be a transformative moment for the airport, but for the state itself.

New service announcements have already started to flow as Brisbane prepares for greater connectivity to the US and Asia. More will no doubt come once the runway is operational.

We often talk about how airports can be the economic engines of their communities, driving tourism and trade that simply wouldn’t be possible without them. In 2020, Brisbane’s engine is revving up.

If that was the only significant airport project underway in the state, it would be a huge boon in itself, but further north, Sunshine Coast Airport is planning to unveil its new runway in the very same year.

To the south, Gold Coast Airport will double the size of its existing terminal by 2021, giving the tourism hotspot an airport befitting its recent growth and plans for the future.

Even in Far North Queensland, changes are in train, with Cairns Airport’s terminal redevelopment taking shape as we speak and bringing greater connectivity to the region’s tourism offering with it.

Individually, these projects will create exciting opportunities for their cities and regions. Combined, they’ll deliver Queensland a connected and world-leading tourism network to be proud of.

What is most exciting for the industry as a whole is that this trend of investment in nation building and community-shaping projects is not just confined to Queensland.

Planning for new runways continues in Melbourne and Perth, with those projects set to help redefine our national aviation network in the coming decade.

Adelaide Airport’s terminal expansion is already underway and Hobart Airport has plans for growth of its own. Both projects are set to make the most of their iconic tourism destinations.

Sydney Airport is reshaping its brand for the traveller of today – and tomorrow – as it continues to invest more than $1 million a day in airport improvements.

And in our north, Darwin International Airport has delivered new facilities that make the airport an unmistakable destination in itself, bringing the Territory’s arts, culture and community to the heart of its terminals.

It is an exciting time for the industry.

As we plan for the growth and opportunity these investments will bring, there are new and emerging risks we must also prepare for.

Changing government security requirements will see new screening arrangements at many Australian airports, as the industry works with government to respond to an evolving threat environment.

Industry collaboration on this issue is crucial. Airports are pressing on with the task of working with government to meet changing requirements and ensuring the safety and security of the travelling public always comes first.

But there are other emerging challenges that the industry must address.

Almost a year ago, Gatwick Airport ceased operations after an alleged drone sighting in the local airspace raised safety fears. The disruption was not merely an inconvenience to travellers, but came at significant cost to the aviation industry.

It was a stark reminder that airports’ operating environment is ever-changing, and new technologies are creating both opportunities and challenges.

Gatwick Airport Head of Security, Damien Trower, will discuss the incident at this year’s National Conference, providing advice to his Australian counterparts on what the rise of drones means for us here in Australia.

It is a timely opportunity to hear from Damien as we continue to work with government to develop new strategies for managing remotely-piloted aircraft systems that may infringe on the airspace surrounding our airports.

It is through information sharing and collaboration with our global peers that better solutions and consistent approaches to new and emerging issues will be achieved.

Investing for the future must be smart, sustainable and connected

With our major airports planning $20.6 billion in investment over the next decade, new infrastructure that uses technology to smooth traffic flows and anticipate passenger needs will be a prevalent feature of the airports of the future.

This will have wider impacts too, as smarter infrastructure relieves congestion around airport precincts, minimises noise and ensures airports are better integrated than ever before with their communities.

The 2019 conference included a dedicated sustainability stream for the first time, recognising the increasing focus on ensuring infrastructure doesn’t just build capacity and efficiency, but also adds long-term value to the community.

We will hear from airport leaders about how they are building climate resilience into their long term infrastructure planning. We’ll also hear from those that are forging more meaningful connections with their communities, understanding airports must reflect a strong sense of their home city or town to reach their fullest potential.

These are increasingly important measures to ensure airports are natural extensions of their communities, embodying the culture and spirit of the people they work alongside.

Diverse teams benefit us all

2019 also saw the AAA host the inaugural Women in Airports Forum. The event followed 2018’s creation of the Women in Airports Network and Young Airport Professionals group to support the development of greater diversity in the airport industry.

With demand for air travel continuing to rise, we will need a diverse and sustainable workforce to make sure Australia can capture the opportunities to grow and thrive.

The Women in Airports Forum allowed us to discuss tangible actions to support greater participation of women across all aspects of airport operations as we prepare for even more growth. This is a crucial and growing focus as we build a stronger focus on diversity for the industry.

The AAA National Conference was held from 19-22 November on the Gold Coast.