How airport infrastructure is supporting the bushfire effort Emergency services took to smoke-filled skies over the summer months to fight some of the most catastrophic bushfires on Australian record. However, it was the efforts on the ground, accommodated by airports and their existing infrastructure, that facilitated fire retardant and water to land on the most heavily impacted areas. 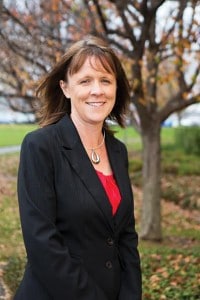 With an extensive area of land impacted across New South Wales, the Australian Capital Territory and Victoria from late spring into summer, portable firefighting bases were set up by state emergency services agencies to assist with aircraft refuelling, water-bombing and surveillance activities.

Small-scale bases were set up at airports in Coffs Harbour, Albury and the Shoalhaven, with Canberra Airport operating not only as a major hub for aerial firefighting in the area, but also as the largest domestic airport base in the country.

The agreement was made under the pretense of the hot, dry conditions anticipated for the 2019/20 bushfire season and the base was created in early October to allow preparations to take place.

Becoming a portable base

One of the most efficient ways for emergency services to manage large-scale operations is to utilise existing infrastructure such as that at Canberra Airport; however, the right infrastructure needs to fulfill a variety of important requirements to be utilised in a bushfire emergency.

First and foremost, the airport’s location was taken into consideration.

“It was identified as a bit of a black spot by the Emergency Services Agency because the nearest firefighting setups are in the south of Sydney and also in Victoria, so our base here in Canberra helps southern NSW and Victoria as well,” Ms Lomas said.

Alongside location, the ACT Emergency Services Agency was looking for a site with the capacity to facilitate its operations.

Initially, the site needed to house four 20,000L tanks filled with water and powdered fire retardant; however, this amount has since increased with the severity of the fires.

“We’ve recently increased the capacity of the portable air base to 160,000L of mixed retardant which is ready to load into an aircraft.

These tanks of water and retardant, along with equipment for lifting, a pump and mixing equipment for the powdered fire retardant, were housed in a vacant hangar provided by Canberra Airport. The airport also provided apron space and parking for extra aircraft.

“We were chosen because we had the storage facility and ability to provide a base. Other than that we had to fulfil our normal requirements and operations with regards to aviation safety, security and environmental.

“We have worked very closely with the relevant government authorities for their approval but it’s been a great relationship and everyone’s worked together to get this across the line for the emergency services,” Ms Lomas said.

One of the factors that makes Canberra Airport suitable for a base such as this, is that it is the only curfew free airport between Melbourne and Brisbane.

“That means the aircraft can operate uninterrupted,” Ms Lomas explained.

With some of these aircraft being quite large, the length of the runway was an important factor in Canberra Airport’s ability to perform for this purpose.

“It’s crucial for us to be able to take these larger tankers. It means we can take supplies to the firefighting tankers and allow them to take off fully laden, and that really adds to the capability of our airport to serve the region,” Ms Lomas said. Ms Lomas said that Canberra Airport was well prepared to take on the base; however, some provisions did need to be made.

While the hangar was partially vacant before the agreement was made with the ACT Emergency Services Agency, work to clear it out needed to be undertaken for the airport to accommodate the equipment required for the base.

“They’re operating out of our Fairbairn apron which is separate to our RPT apron, so there’s really been no impact,” Ms Lomas said.

While the firefighting effort across the country has been faced with numerous significant challenges, the planning and management that has gone into the base at Canberra Airport has helped facilitate smooth and successful operations.

“There haven’t been any challenges actually, it’s been great to see. We’re a fairly small community here at Canberra Airport when it comes to aviation, and we’ve all come together and worked really well. It’s actually been quite rewarding,” Ms Lomas said.