As megatrends such as urbanisation, population growth and climate change put increased pressure on our infrastructure, innovation will be the key to bridging the gap between what is needed and how much is actually invested. CEO of the Global Infrastructure (GI) Hub, Marie Lam-Frendo, has worked in emerging markets in Asia, Africa and the Middle East as well as with the World Economic Forum. Here she speaks with Infrastructure about how Australia can plan for, and achieve, infrastructure that will serve us into the future, and the role of digital solutions. 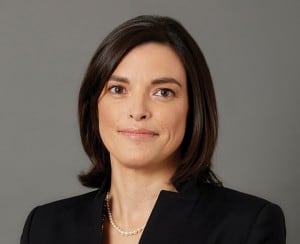 You don’t need to delve deep into statistics to see that the world’s infrastructure is groaning under the pressure of a burgeoning population.

Most days you just need to drive on a freeway during peak hour, or board a train in a bustling capital city.

More than half of the world’s 7.7 billion people live in urban areas and, according to GI Hub – an independent organisation established by the G20 to facilitate and connect the global infrastructure community – there is a AU$21.9 trillion gap between what is currently invested (AU$115 trillion) in infrastructure, and what is actually needed (AU$137 trillion).

The GI Hub predicts that by 2040, 9.141 billion people will call Earth home (of whom 60 per cent are likely to live in urban areas), and how much is expected to be invested globally (AU$5,568 trillion) will fall well short of the AU$6,764 trillion required to support the population.

The GI Hub forecasts that Asia Pacific has the world’s greatest need for infrastructure investment, and predicts that Australia’s investment gap could reach AU$230 billion by 2040.

Infrastructure Australia’s 2019 Australian Infrastructure Audit reported that, in the four years since the last audit, progress had been made in investing in infrastructure, which it describes as “central to our quality of life”.

However, it identified that the infrastructure of tomorrow will look very different to what it is today, and warned that we must plan for the challenges of the future.

She was named CEO of GI Hub in February 2019 after spending three years as Head of APAC at Atkins Acuity in Singapore and four years as Head of Infrastructure Initiatives at the World Economic Forum in Geneva.

Ms Lam-Frendo said the impact of megatrends such as urbanisation, climate change and increasing population are being felt at a much faster pace than we could have ever imagined, and Australia and the rest of the world must act now to meet the challenges.

“We have a very slow infrastructure sector because of the complexity of the projects and, frankly, the lack of political will and lack of sustained political will into projects,” Ms Lam-Frendo said.

“This will be even more hindered by the pace at which these trends are heating up.”Ms Lam-Frendo said the magnitude of these trends had also surpassed predictions.

“Here we’re talking about a global population growth and the shift to cities; 60 per cent of people will be living in cities by 2023, so a lot of the infrastructure we’ve built is not future-proof.

Even ones we have in the pipeline, there’s a big question about whether they answer the needs of tomorrow.”

Ms Lam-Frendo said infrastructure is viewed as a commodity, so is driven by price, and addressing these trends often causes the price of projects to rise.

In Asia, for example, building infrastructure that is climate change resilient creates a gap of US$7 trillion between infrastructure ‘need’ and ‘investment’.

“Ultimately that’s a big gap; so we have to take this into account more proactively in the planning, and also with the budgeting attached to that,” Ms Lam-Frendo said.

Ms Lam-Frendo has spent much of her career working in emerging markets to bridge the gap between the public and private.

She said the private and public sectors need to work together to ensure that parties that are interested or involved in infrastructure projects can achieve a greater repartition of risk.

“Dialogue is necessary because there is often a misalignment of language and expectations on both sides,” Ms Lam-Frendo said.

“There needs to be discussions to achieve a clear view of risk allocation to determine what risk will actually be tolerable on both sides.”

As part of this, the GI Hub has developed a public–private partnership (PPP) tool, which aims to provide governments looking to use PPP approaches to fund public infrastructure projects with practical information to deliver the right outcomes for all parties.

Ms Lam-Frendo said innovation would be a key part of addressing the megatrends relating to urbanisation, population growth and climate change, but would also help cater to other emerging trends, including addressing changing mobility and the increasing use of automated vehicles.

“Our industry has been very slow to digitise; data shows that we are one of the less digitised industries ever,” Ms Lam-Frendo said.

“A lot of the communities between infrastructure and technology are not very well connected. There’s an appetite, because we see emerging infra–tech funds, so it’s the right time to look at that. As part of its efforts to encourage innovation, the GI Hub launched a worldwide competition in November 2019 to find new ideas that “innovate, disrupt and transform” the infrastructure sector.

The InfraChallenge invites applicants from around the world to submit ideas that will drive digital transformation to solve economic or social infrastructure issues and find ways for building better infrastructure.

Applicants are invited to submit entries that address transport, energy, telecommunications, water and sanitation, and social infrastructure. The GI Hub will select 20 first round finalists in March 2020 to receive eight weeks of mentoring.

Ten second round finalists will be announced in May 2020 to receive an additional six weeks of mentoring, and the winner will be determined in June.

The winning project will receive $50,000 and support from the GI Hub and the Massachusetts Institute of Technology (MIT) Solve, and exposure to the G20 infrastructure working group.

“The InfraChallenge was a call for a renewed international focus on digital solutions and they’re importance in tackling the big challenges ahead of us,” Ms Lam-Frendo said.

“We kept it as broad as possible, so we can really shake up the industry and ensure that the different players within the infrastructure value chain could look into various types of innovation, such as new technology, new approaches or new business models.”

Ms Lam-Frendo said there were plans to make the competition an annual event.

“I’m pretty sure that this will lead to some very innovative solutions and approaches for the infrastructure industry.