Is congestion charging the answer to peak hour? There may not be many topics on which the New South Wales, Victorian and Australian Governments agree furiously, but congestion charging is one. 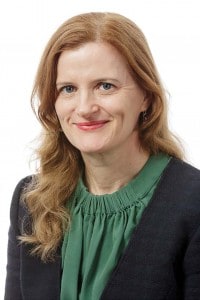 “People are already paying the cost of going on the road because of the congestion they are facing”; there are “no plans and the government does not support a congestion tax”; in fact, “it’s not going to happen…you don’t need to introduce a congestion tax”.

Instead, governments of all persuasions continue to reach for expensive roads and more public transport as the answer. But it hasn’t worked. Just look around – we’re still stuck in traffic.

There’s really only one way to get congestion under control, and that’s congestion charging. We should pay to use our busiest roads at peak times.

How congestion charging would work

Grattan Institute’s recent report shows how a congestion charge could work in Sydney and Melbourne.

The same approach can be tailored to any large city – wherever peak periods bring excessive congestion.

In the case of Sydney, we recommend the State Government throw a ‘cordon’ around the inner city, taking in the area west of the Domain, north of Central Station and east of Pyrmont.

Drivers would pay $5 to enter the cordon during the weekday morning peak, or $3 in the half hour either side of the peak, and the same on their way out during the afternoon peak or shoulder period.

Large trucks would pay a higher charge because they take up more space. Tradies and delivery drivers coming into the city would all be equally affected, and so could pass the cost on to their customers. And there’d be no charge outside of the weekday peak and shoulder periods.

There’d also be minimum hassle for drivers, with the charge enforced by automatic number plate recognition technology. This means no paper tickets or e-tags. 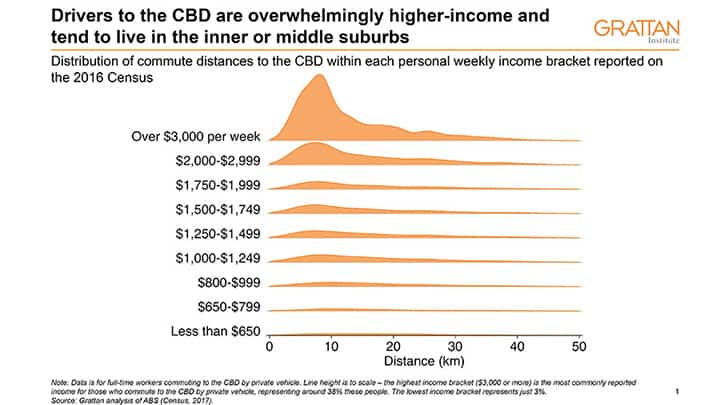 Congestion charging would be very effective

Modelling by Veitch Lister Consulting for our report shows the charge could be expected to take about 3,000 cars off Sydney’s roads at peak times, with 40 per cent fewer cars entering the CBD in the morning peak.

This would make a real difference to traffic, with increases in speed in the morning peak of 11 per cent in the CBD and up to 20 per cent on sections of the major roads leading to it.

This is great news for tens of thousands of bus passengers, many of whom find just getting through the CBD the most delayed and frustrating part of their commute.

But isn’t this just revenue raising in disguise? Aren’t we already paying enough in tolls, rego and fuel tax? Is this fair on poor people? What pollie would be crazy enough to introduce this?

But all these fears are overblown – here’s why.

A congestion charge is not about raising revenue – in fact, the CBD cordon charge we recommend would add only a modest amount to the state’s coffers.

Yes, many of us pay quite a bit of money to be on the road. But we also pay with something else valuable – our time. Congestion charging will help us get some of that time back.

And, further down the track, we might be able to use congestion charging to replace the blunt and unfair charges we pay today, such as rego and fuel tax.

People on lower incomes won’t be unfairly burdened. Most people who commute to the CBD already take public transport. Those who do drive tend to be richer not poorer; more than half of them earn a six-figure salary.

Most people will have options to avoid the charge, by driving at a different time or by a different route, or leaving the car at home or at the station and taking public transport.

And congestion charging should come with a safety net; there should be discounts for low-income people with impaired mobility who need to get to the CBD in peak periods.

So that leaves the million-dollar question: would our politicians ever go for this?

Not so far; it’s more a case of ‘no new taxes on my watch!’. But how can they keep a straight face saying this when their usual response to congestion is to build a new road with a toll on it?

Or spend our taxpayer dollars on infrastructure that might not have been needed if we were smarter in using what we already have?

The same old attempts at busting congestion aren’t working. It’s time for a new approach. Congestion charging might be a bitter pill to swallow for some. But without it, we may as well get used to being stuck in traffic.