Currently, around one third of lives lost and 44 per cent of serious injuries on Victorian roads happen at intersections. VicRoads is currently trialling groundbreaking new technology that will be able to predict crashes and near misses at intersections – and tell us how to prevent them.

Imagine if every time a road crash occurred, you could go back and see exactly what went wrong and how you could stop it from happening in the future. Better yet, imagine if you had a warning to avoid it happening all together. 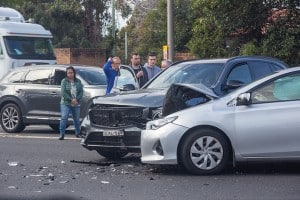 This is the idea behind Omni-Aware, VicRoads’ Australian-first trial of LIDAR technology currently being tested at a Melbourne high-crash intersection.

Following a successful off-road trial in September 2019, the intersection of Williamstown Road and Somerville Road in Yarraville was fitted with four LIDAR sensors and four cameras to detect and map the movement of all road users through the intersection.

The system aims to detect all crashes and near misses in real time, and in the future could send warning messages to connected vehicles.

The research will also provide significant insight to inform the way intersections are designed in the future.

Member for Williamstown, Melissa Horne, said, “This technology will play a key role in keeping Victorians safe on our roads – that’s why we’re investing in it and beginning the roll out on our roads.” 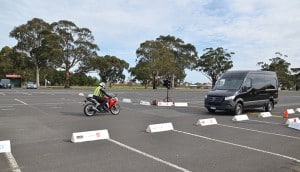 Delivering the trial is the Omni-Aware team – a consortium of specialist technology companies including Intelligent Transport Services, TransOptim Consulting and IBIS Computer.

Head of Road Safety Victoria, Robyn Seymour, said that the life-saving potential of the Omni-Aware trial was a big factor in the program’s selection as part of the Victorian Government’s grants program.

“That’s why our Omni-Aware trial is focused on understanding these crashes and how they may be prevented into the future,” Ms Seymour said.

“We’ll be monitoring crashes and near misses to inform future intersection design and see how we can use LIDAR technology to alert drivers when a crash is imminent.” 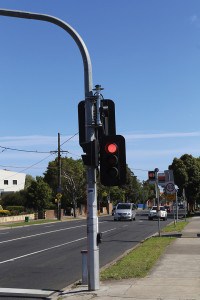 LIDAR is an active sensor that emits light photons which are reflected off objects and back to the receiver. LIDAR provides precise position data for objects and does not rely on light in the environment to function, like cameras do.

The LIDAR data is processed to record an accurate position, direction, speed and acceleration ten times each second for each road user travelling through the intersection.

The real-time merging of data from four LIDAR sensors at the corners of the intersection is a point of difference to how the sensors are used on automated vehicles, which detect the 360 degree surroundings of the vehicle.

The cameras at the intersection also de-identify all personal information such as number plates and faces before it is used for research.

The off-road trial in September 2019 demonstrated the technology’s capability to detect hazards in real time and send warning messages to connected vehicles travelling through the mock intersection.

It has since been fitted to the intersection in Yarraville and will be collecting data for six months.

The project will assess the extent to which deploying automated vehicle technology on roads will allow more road users to benefit from the technology sooner.

The next stages of the trial will involve continuing to collect and de-identify data. The Department of Transport will securely store and manage the data collected during the trial.

Victoria’s road safety partners – including TAC and Road Safety Victoria – will closely analyse any crashes and near misses to determine causal factors and assist in making roads safer in the future.

Victorian Minister for Roads, Roads Safety and the TAC, Jaala Pulford, said, “Victoria has always led the way in connected and automated vehicle technology, this is another way we’re making our infrastructure and policies support the uptake of this life-saving technology.” 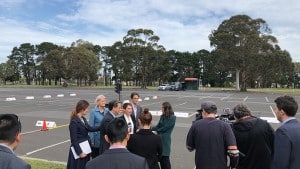