Resilience and responding to change: adapting to uncertainty The year 2020 marked the dawning of a new decade, a new year, and with it perhaps the makings of a new normal amongst a veil of smoke across Australia 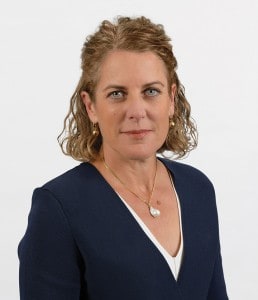 This summer has seen Australia combat one of the worst bushfire seasons many in this country have ever faced. Given the scale of this disaster and the increased intensity and frequency of extreme weather events, we face a period of growing uncertainty.

The widespread devastation has pushed the resilience of our infrastructure into the spotlight.

Throughout the ongoing recovery effort and long-term rebuild, we should all be asking questions of our planning, regulation, building standards, zoning and community education programs.

As a result, Australia finds itself at a unique point in its history, with significant implications for how we plan for existing and future infrastructure.

Our ability to adapt to new weather patterns and other emergency events, and the way we enhance our resilience, will be crucial as we move into the next decade and beyond 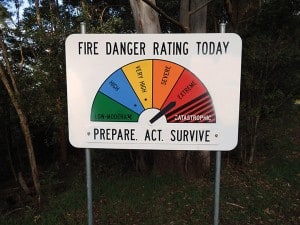 Average rainfall in some parts of Australia has declined by 11 per cent since the 1990s, and the average temperature across Australia is expected to rise by 0.6-1.5ºC by 2030.

Much of our infrastructure was not designed for such conditions.

Higher temperatures, fluctuating seasonal rainfall and water availability, together with more intense bushfires and extreme weather are putting pressure on our buildings and infrastructure, as well as our energy, road, telecommunications and water networks.

The recent bushfire crisis showed us that our power systems are vulnerable to natural disasters.

As a result of the bushfires raging through south-east Australia, crucial Snowy Hydro transmission lines connecting NSW to Victoria went down.

While authorities managed to contain the damage, the temporary hitch saw energy market operators require emergency reserves, and consumers in NSW were called on to take precautionary measures by reducing their power consumption.

During the same crisis, several Victorian and NSW fires threatened communities which were left without mobile reception or internet access.

The reliance on this infrastructure and the time taken to restore connections has left many asking questions about the short and long-term resilience of infrastructure, which is critical to emergency responses and the safety of Australians during a crisis. 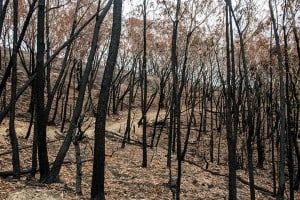 While we have experienced profound change before, the scale, pace and interconnected nature of change today, not only from our environment but also our technology, population growth and our economy, are unprecedented.

Our Australian Infrastructure Audit 2019 found that the rapid pace and interconnected nature of change is putting our assets and networks at risk, which is challenging regulators and decision makers to rethink how to plan for the future.

However, risk is not only found within our changing environment.

Long-term changes in infrastructure use patterns can threaten the operation of our networks as much as the acute shocks of heat waves, floods or bushfires.

As our population and the complexity of our networks grow, so does the potential for failures and disruptions. Even minor incidents can cause large disruptions and be costly for users and taxpayers.

For example, in 2018, the disruption caused by a single morning peak hour incident on the Sydney Harbour Bridge was estimated to have had an economic cost of $5-10 million.

The introduction of technology also poses risks. For example, a large-scale adoption of electrified vehicles will increase the demands placed on our energy grid and, if not well-managed, could pose new risks to our energy distribution. Decisions made today will need to consider the range of future scenarios.

Evolving the way we build in resilience 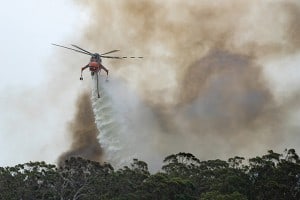 Australia’s infrastructure sector needs clearer, publicly available guidance on how to manage risk and plan for greater resilience in the future.

Currently, many asset management plans do not reflect the whole-of-lifecycle benefits and costs of managing risks to balance appropriate levels of risk and cost.

This can lead to inappropriate designs, specification and operating procedures. Instead, planning for resilience requires a full understanding of the risks, their likelihood, impact and costs – whether that’s economic, social or environmental.

To better plan for change, the Audit embraces a new methodology of foresighting, examining the external influences likely to impact our sector over the coming decades and considers the likelihood of a range of impacts.

This requires planners to clearly articulate their future vision, and to then plan for and test pathways to achieve that vision. By doing so, jurisdictions can identify opportunities to work together to create shared value and better resilience strategies.

We know that timely access to data and evidence can help us to build resilience into our design, maintenance and operation of infrastructure.

The work undertaken by Geoscience Australia is a good example of this. Part of its work is to produce publicaly available data about coastal erosion which can help individuals, asset managers, governments and businesses plan for how assets and their communities may be affected in the future, and in turn, help to minimise disruption caused by extreme events.

The Audit found there is an opportunity for government and industry to work together to share data as well as to develop publicly available guidelines on risk and resilience planning. There is already work underway.

Both Sydney and Melbourne are members of the 100 Resilient Cities program aiming to build the capacity for cities around the world to plan for and adapt to a changing world whilst also maintaining and enhancing city liveability, social cohesion and economic productivity.

We have also seen the Smart Cities Council establish a Global Resiliency Network to help cities embed resiliency into their planning and project implementation, but there is much more to be done.

As the rising bill left behind from this summer’s unprecedented bushfires underscores – it is often more cost effective to build with resilience in mind, rather than retrofit down the track. Delays in preparing networks for the impacts of external conditions could expose the economy to higher costs.

However, an excessively risk-averse approach could overestimate the probability or severity of risks, resulting in over investment in assets. This could result in the costs of mitigation exceeding an efficient and balanced approach.

Infrastructure users and taxpayers would wear the costs of unnecessary investments. A balanced approach will require a focus on measures that minimise the effects of extreme weather, while considering the costs of providing additional infrastructure.

The time is right to reconsider how we deliver and operate infrastructure, and how we can adapt existing networks to our changing user needs. The Australian Infrastructure Audit can be a starting point for this process.