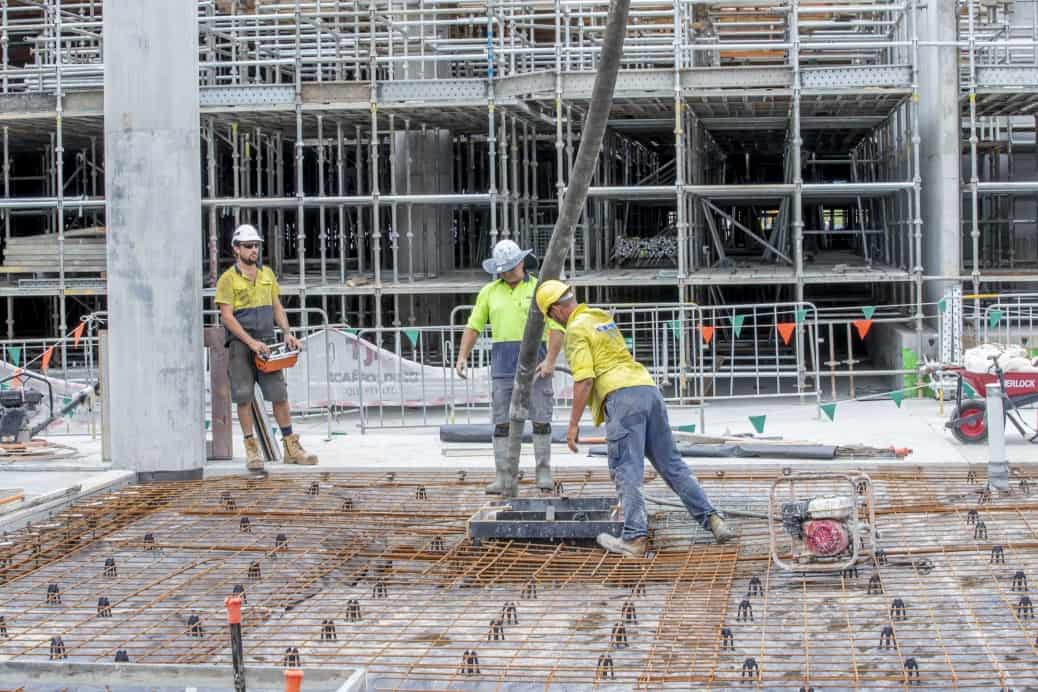 Managed by Lendlease, the 10 trade packages include work such as concreting, fencing, roofing and formwork – essential elements contributing to the expansion.

“With the support of Gold Coast Airport, we have developed a Local Industry Capability Plan for the terminal expansion project that not only identifies subcontract, employment and training opportunities, but also ensures that wherever possible, the project spend is directed into the local economy,” he said.

“In the first 10 months since turning the first sod, we have awarded more than $35 million in contracts to 10 local businesses.

“In addition, we have inducted more than 850 workers onsite, demonstrating the sheer size of the workforce required to get to where we are today.”

Queensland Airports Limited Executive General Manager Infrastructure and Property, Carl Bruhn, said he was pleased with the project’s progress to date and the involvement of local companies.

“We are pleased with the progress of the terminal expansion project, with the ground floor slab completed and the building on track to ‘top out’ by the middle of this year and open by mid-2021,” he said.

“When the expanded terminal opens in 2021, it will offer passengers and guests a bright, modern airport terminal that provides an ideal gateway to this spectacular region.

“We are working closely with Lendlease to ensure where possible, local contractors are employed.

“Gold Coast Airport is a major economic driver on the Gold Coast and northern NSW, and we are committed to supporting the region as it grows.”

Currumbin family-owned business, Neumann Steel, is one of the new subcontractors. Neumann Steel General Manager, Kathy Bartley, said the company was pleased to be involved in the project.

“We are proud to be involved in this significant project right in our backyard, especially considering the impressive amount of full-time jobs this expansion will bring to the southern Gold Coast.

“Projects like this directly support more than 100 local staff at our Currumbin location and more than 200 throughout south-east Queensland. The Neumann family has helped shape the Gold Coast for over 50 years and this is yet another great project that we can add to the list.”

The terminal expansion, together with construction of the Rydges Gold Coast Airport hotel, represents an investment in the airport precinct of about $500 million.

Gold Coast Airport welcomes 6.5 million passengers per year – a number set to more than double by 2037. More than 2,200 people are already employed at the precinct while an estimated 15,000 tourism jobs are reliant on the airport for work.

By 2037 the airport will contribute $818 million annually to the region and support an estimated 20,000 full time jobs.