$50 billion project pipeline for Queensland over the next five years 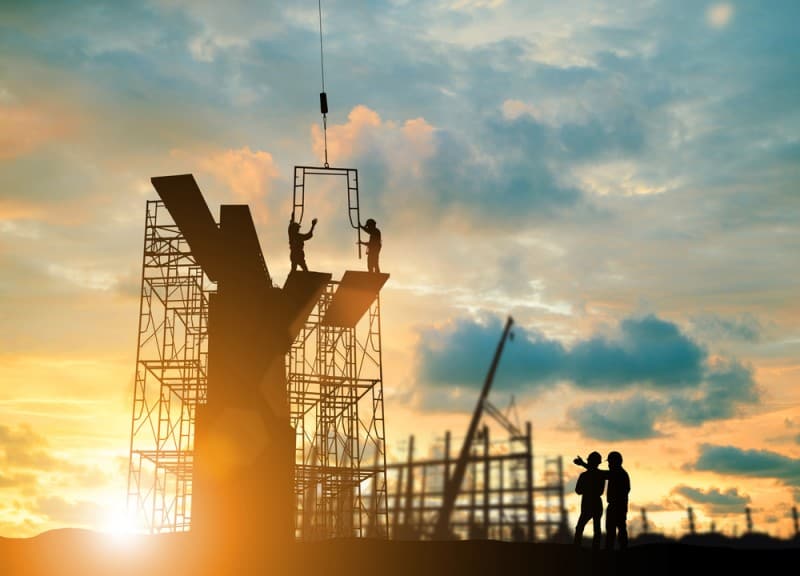 Lifting private sector investment in transport infrastructure and adopting resilience and adaptation strategies in the industry are the key learnings from the Queensland Major Projects Pipeline Report (QMPPR) 2020.

As the definitive guide to the major projects shaping Queensland across the next five years, the Infrastructure Association of Queensland (IAQ), together with Queensland Major Contractors Association (QMCA), released QMPPR, offering a map to the infrastructure industry’s future.

The report details the pipeline of major infrastructure projects within Queensland across the next five years totalling over $50 billion in planned, funded and in construction works.

QMCA CEO, Jon Davies, explained the organisation’s optimism about Queensland’s growth, but warned that there was still some risk involved.

“There is still an element of risk around the total figure as $23.2 billion of work is not funded at this stage. This is mostly down to planned resources and energy projects which take considerable time to plan, fund and gain approval.

“Overall there are reasons to be optimistic, with many major projects such as Inland Rail, Cross River Rail, Brisbane Metro and upgrades to the M1, Bruce Highway and essential water infrastructure developments beginning in earnest.”

The report also highlights the need for the infrastructure industry to meet the changing view of the Australian public and to focus on greater sustainability, reduced environmental impacts and the development of infrastructure to mitigate the effects of a changing climate.

IAQ CEO, Priscilla Radice, said that in a time of community and economic uncertainty due to COVID-19, bushfires and drought, the QMPPR, with its long-term outlook, offers a starting point to map Queensland’s future beyond the immediate crisis.

Ms Radice said critical opportunities exist for much more private sector investment in infrastructure to ensure sustainability and liveability into the future.

“Although the report shows the major projects industry five-year pipeline is just over $50 billion, larger than in 2019, this is due to the addition of $9.4 billion unfunded works, mainly backed by the private resources sector,” Ms Radice said.

“It can be difficult to stimulate private investment in resources as the decision to invest is most often influenced by global issues. On a positive note the current low Australian dollar will likely help the mining sector. However, current opportunities to rouse private sector investment into transport infrastructure and the surrounding precincts in our cities and major towns are low.

“Innovative business models based on public-private partnerships are employed throughout the world, offering exciting scope for unlocking capital and expertise, while fulfilling the goals of our governments we need to be looking at these in Queensland.

“The SEQ City Deal is a good platform to enable innovative private sector involvement in public infrastructure as it will provide certainty on the long-term development and infrastructure plans and lift business confidence.”

Ms Radice also said we are entering  unchartered waters as we respond to the risks of climate change, ecosystem degradation, more frequent extreme weather events and natural disasters, pandemics and cyber security in an age of extraordinary technological advancement.

In this age of increasing uncertainty resilience and adaptation strategies will be fundamental to the infrastructure industry and help stimulate the economy.

“Resilience and adaption strategies offer a fantastic opportunity for our industry to contribute to sustainability solutions,” she said.

Private sector funded work in the pipeline is declining.

Last year, the value of funded private sector work was $8.3 billion, compared to $7.6 billion in this report. More worryingly, the value of privately funded work announced or under procurement has nearly halved from $3.5 billion last year to just $1.8 billion this year. $27.5 billion (54 per cent) of the pipeline value is funded compared to 69 per cent in 2019, whilst $22.9 billion (46 per cent) is unfunded. Unfunded projects represent between 40 per cent to 60 per cent of the pipeline value in 2021/22, 2022/23 and 2023/24, introducing a level of uncertainty associated with positive business case development and financial investment decisions.

Total (funded plus unfunded) activity is 83 per cent higher than 2018/19 levels if all projects were to proceed. However, 60 per cent of the projected work in that year is currently unfunded. Unfunded activity in that year is highly concentrated in resources projects ($4.8 billion) as well as water ($813 million), electricity ($750 million) and roads ($560 million).

Funded work is increasingly being concentrated in ‘megaprojects’.

The Queensland Government has tackled the persistent problem of annual capital works underspend.

Over the past two years, the entire budget has been spent on projects and not just announced.

There are significant differences in the major project outlook by region.

Around 40 per cent of all funded work in the pipeline is focused in south-east Queensland with Greater Brisbane expected to see the highest levels of work. Meanwhile, more of the riskier, unfunded projects lie in the central, northern and western regions of the state where investment in resources, large water projects (such as dams) and electricity generation projects are more prominent, however typically unfunded.