Hiding in plain sight: infrastructure is a key solution to climate risk

While the world is rightly focused on the impacts and solutions to Novel Coronavirus, a larger, more sustained threat continues to lurk in the background: climate change. 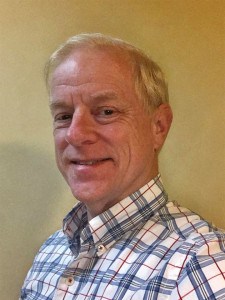 As challenging as COVID-19 is to our social and economic well-being, we have faced many such pandemics and epidemics before – plague, influenza, HIV, Ebola, Zika and SARS, to name a few.

What we have not faced before in recorded human history, other than in the ice ages, is climate change, and specifically global warming.

Our geologic records tell us that global warming has occurred before, but humans have not previously had to confront and adapt to it as a global species.

Unlike the expected course of pandemics, climate change is not a challenge to be solved by a short-term change in social practices and advances in medical science.

Climate change is a long-term, complex and hugely impactful challenge that affects not just humans, but all species on this planet and it is not amenable to short-term fixes.

Infrastructure has a remarkable influence on carbon emissions, and therefore anthropogenic climate change.

In Australia at the present time, 70 per cent of our national greenhouse gas emissions are directly or indirectly enabled by infrastructure.

Around 70 per cent of Australia’s annual greenhouse gas emissions are either directly attributable to, or influenced by, infrastructure.

PART OF THE PROBLEM, BUT VITAL TO THE SOLUTION

To understand this better and its significance, infrastructure has an impact when it is built (in terms of carbon embedded in the manufacture of construction materials), when it is up and running (in terms of carbon emitted in day-to-day operations), and how it influences the choices people and industry make in relation to utilities, travel, services and other day-to-day and week-to-week business as usual practices and behaviours.

This latter is the so-called enabled emissions, and these end user emissions are the single biggest contributor to the figure of 70 per cent of Australia’s emissions.

Importantly, infrastructure, once built, tends to be operational for a long time – 100+ years in terms of a typical rail line. In other words, much infrastructure being built now will be around well into the next century.

The good news is that while infrastructure is enabling and maintaining high levels of ongoing emissions, it also has the greatest potential to be a key part of the solution.

Any advances that can be made in infrastructure policy, planning, design, construction, operation and management will have a potentially massive impact across the board – through reducing embodied emissions, operational emissions and emission-intensive behaviours in industry and society at large.

Against this backdrop, the Infrastructure Sustainability Council of Australia (ISCA), ClimateWorks Australia (CWA) and the Australian Sustainable Built Environment Council (ASBEC), with the support of the Clean Energy Finance Corporation and the Queensland Government, have partnered to lead the infrastructure sector down a pathway to reduce its significant carbon contributions.

ISCA is the peak Australian body for infrastructure sustainability, ASBEC is Australia’s premier industry forum for implementing sustainability in the built environment, while CWA is a well-respected climate research organisation affiliated with Monash University that has extensive research experience in understanding carbon practices in Australia.

On the basis of this research, an issues paper was released in March 2020 that captures the current state of play in the Australian infrastructure sector in relation to carbon emissions, together with a framework for how the many sector stakeholders can engage and collaborate on solutions-finding.

One of the complexities (or advantages depending on how you look at it) is that because there are so many potential opportunities to reduce emissions up and down the whole infrastructure lifecycle, there are just as many stakeholders with the potential to contribute, and enact, solutions.

The challenge is to ensure that a consistent feedback loop is created to anchor and drive this shared responsibility. All stakeholders have the opportunity to contribute to the cohesive and coherent solutions-focused roadmap.

We will use the issues paper as the platform for further engagement with infrastructure stakeholders in government and industry throughout 2020.

The resulting actions must inform both policy and practice-level thinking. It must consider economic, social, cultural and environmental factors, and the competing (and sometimes conflicting) interests of the many stakeholders potentially affected by any proposals.

The engagement of stakeholders – including infrastructure bodies, governments, investors, designers, contractors and asset operators – is the next stage of the project.

Already some significant engagement with various actors has been undertaken including state and federal infrastructure bodies, government departments, superannuation funds, industry bodies, professional associations and others, to check the thinking in the issues paper before it was released and to get a groundswell of support ahead of further engagement.

The initial focus will be on economic infrastructure, particularly in the transport sector, which on its own is a significant carbon emitter in relation to its contribution to construction, operation and enabled emissions. 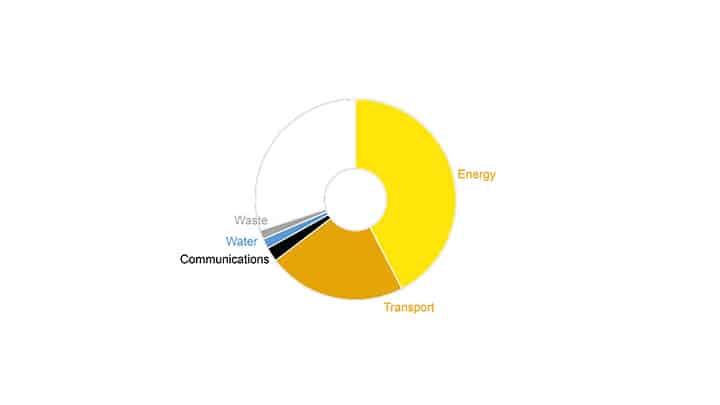 Transport will be the major focus for engagement as the energy sector already has initiatives underway.

That’s a big ask you might say. Well there is good news –major infrastructure projects in Australia have already taken the first steps in understanding, measuring and addressing their impact using the IS rating scheme and associated carbon footprinting.

The investment sector in Australia and internationally is asking for help in identifying low-carbon assets to invest in.

The insurance sector and the broader community are now seeing the risks and consequences of us not taking action to avoid and adapt to climate change.

Recent bushfires, droughts and other extreme weather outcomes have reinforced that awakening. Infrastructure can play a game-changing role in significantly enhancing our national response to reducing emissions-intensive practices, enabling alternative and better transport, enhancing energy reduction and related outcomes, and to position Australia as a world leader in smart progressive infrastructure policy and practices – it’s not too late.