This is the perfect time to go big on infrastructure 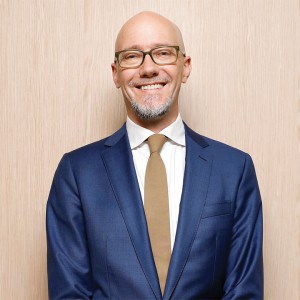 by Gabriel Metcalf, CEO, The Committee for Sydney

As the world plummets into the biggest drop in GDP since the 1930s, infrastructure spending may be the single most important economic intervention available to government in Australia to get people back to work.

So far Australia has navigated COVID-19 better than most countries. It went into lockdown early enough to prevent widespread transmission, and it enacted large-scale social insurance funding (worth about ten per cent of GDP) to try to subsidise wages and increase payments to unemployed people.

But now, as Australia moves out of the lockdown phase and works to restart the real economy, it faces a new set of problems.

After the lockdown, but before there is a vaccine or a cure, Australia will be in a long “transition” period. Some businesses will be open, but many will have to remain closed.

There will be little to no global travel, which means essentially no global tourism. 13 per cent of our export economy is based on tourism and international students; this will mostly disappear during the transition period.

The entire experience sector of bars, restaurants, performances and sports will most likely be severely restricted. The transition phase may go on far longer than anyone wants, with a constant threat of the virus resurging.

Against this backdrop, the government will need to do everything it can to open as much of the economy as possible, ideally shifting people out of the sectors that are going to be shut down for a long time into sectors that can grow.

It’s not enough that sectors that can open up return to pre-crisis levels– they will also have to shoulder the weight of sectors unable to return just yet.

Infrastructure to support the economic rebuild

Infrastructure investment emerges as one of the very best tools the government has at its disposal.

Many economists across the developed world have turned against public works spending as a form of fiscal stimulus, preferring to simply send people money, because public works can take too long.

That’s a mistake. There are at least three major reasons to go big on infrastructure as a way to power back the Australian economy.

First, there are many projects that can get moving relatively quickly. These include:

In considering ‘shovel ready’ projects, it’s important that we don’t only think of projects ready to start literally digging up dirt.

There are huge swathes of the engineering, design, planning and associated sectors vital to delivering infrastructure who are also experiencing a substantial downturn – many firms we speak to expect a 30 per cent reduction in work over 2020.

Delivering projects that support these firms – even if they’re a year away from needing an actual shovel – is important.

Secondly, announcing major funding commitments to infrastructure is a way to give a long-term signal to shore up business confidence.

It may be a long climb out of the recession, so having a set of long-term projects that industry can count on could be quite helpful. A long ‘pipeline’ of projects is a feature, not a bug.

Thirdly, and perhaps most importantly, infrastructure spending actually leaves Australia better off – so that as we emerge out of this recession, we are more competitive and more liveable.

It’s far better to put people to work building the future of the country rather than paying them to be unemployed.

There is a real opportunity here to bring the economy back better than it was before – to shift urban mobility systems away from car-dependency to a combination of public and active transport; to shift the energy system to renewable; to create a public space renaissance.

We are not advocates of spending money on projects that don’t make sense; Australia should be using this as an opportunity to move the country’s infrastructure in a positive direction.

Probably the most important decision that unlocks all of this is the question of how much money the government is willing to borrow.

There is no “correct” answer to this question, but it should be enough to substantially increase the pipeline over what it would have been pre-COVID.

This crisis has occurred at a time of record low interest rates, so now is a better time to borrow than any other.

Government can support its infrastructure spend with other measures. We need a code of practice for each industry which allows them to operate safely – along with a capacity to monitor and enforce these codes.

And we need expedited approvals for private developments that fit within government planning objectives, so that private investment can do its part.

But if ever there were a time to go big on infrastructure, it is now.