How will the Western Sydney Aerotropolis look and feel? The man who has been tasked with leading the design of Sydney’s first 22nd Century City, the Aerotropolis, has outlined his vision for the CBD to be built on the doorstep of the Western Sydney International (Nancy-Bird Walton) Airport. 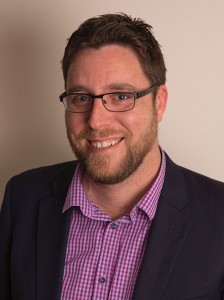 Troy Harvey, the Executive Director of Planning and Development at the Western City & Aerotropolis Authority, wants Sydney’s third city to have a modern and lively feel, along with plenty of green space.

“The Aerotropolis is not all going to be glass box high-rise development or an industrial park. It is going to have a contemporary urban feel. There is going to be vibrancy, activity and space for both residents and workers,” Mr Harvey said.

“We are also working to make sure the Aerotropolis has those things that make a city centre great. A quiet place for a coffee and plenty of quality open spaces. At the same time, it needs to be of a scale so people have the ability to walk or ride a bike.”

The master plans for the Western Sydney Aerotropolis are still coming together, but Mr Harvey already knows exactly what he does not want the city to look like.

Finding that right mix of commercial, retail and residential will be what ensures the Aerotropolis becomes a vibrant city and not just a place people come to work from 9 to 5.

“We want to create a 24-hour economy that doesn’t just shut at 5pm. To do that, the city will need the right retail spaces, the right recreational spaces and the right density,” Mr Harvey said.

“We are looking to get the ‘feel’ of the city centre right by significantly enhancing areas of the existing landscape amenity. We will do this by building on those existing natural features such as the tree canopy and creeks. This will ultimately create the overall vision of the ‘Parkland City’.”

Rail connection to be a key component

Another key to the creation of a vibrant city will be Metro Greater West, a rail line that runs North-South and links the West with the West, along with improved connections with the existing city centres of Penrith, Liverpool and Campbelltown.

“We are looking at creating a little bit of density around key transport hubs in particular, so obviously the metro piece is really important, particularly in those station precincts,” Mr Harvey said.

“It is a really important attractor for us to be able to build appropriate density around those transport networks so people can get around easily and are not wholly reliant on holding and owning a motor vehicle.”

There is no shortage of land at the Aerotropolis, with the city’s core alone to be built on over 114 hectares, which is more than five and a half times the size of Barangaroo.

“This is an elephant. We are not going to build it in one go. We are absolutely looking at staging and sequencing as a key part of our development outcome and our planning outcome,” Mr Harvey said.

“This city will grow over the next 50 years and we are the custodians of just that first element, so it will grow from quite a small development out over time.

“We need to make sure that we have the right planning framework, the right infrastructure framework and the right city plan framework that sits over the top of it all.” A unique smart city in Australia

While there are examples of other Aerotropolises that have been built around the world, the Western City & Aerotropolis Authority is confident that what is being built in Western Sydney will be unique.

“There are a number of examples in many different countries and we are looking closely at those, but ultimately what we will see is a combination of our case study examples,” Mr Harvey said.

“What we are working with in Western Sydney is of such a scale that you actually need to take parts from all of the case studies to create something that’s real and tangible, as opposed to something that looks pretty on a plan.”

The NSW Government is committed to the Aerotropolis, driving the creation of 200,000 jobs across the Western Parkland City, including high-tech jobs in advanced manufacturing, aerospace and agribusiness.