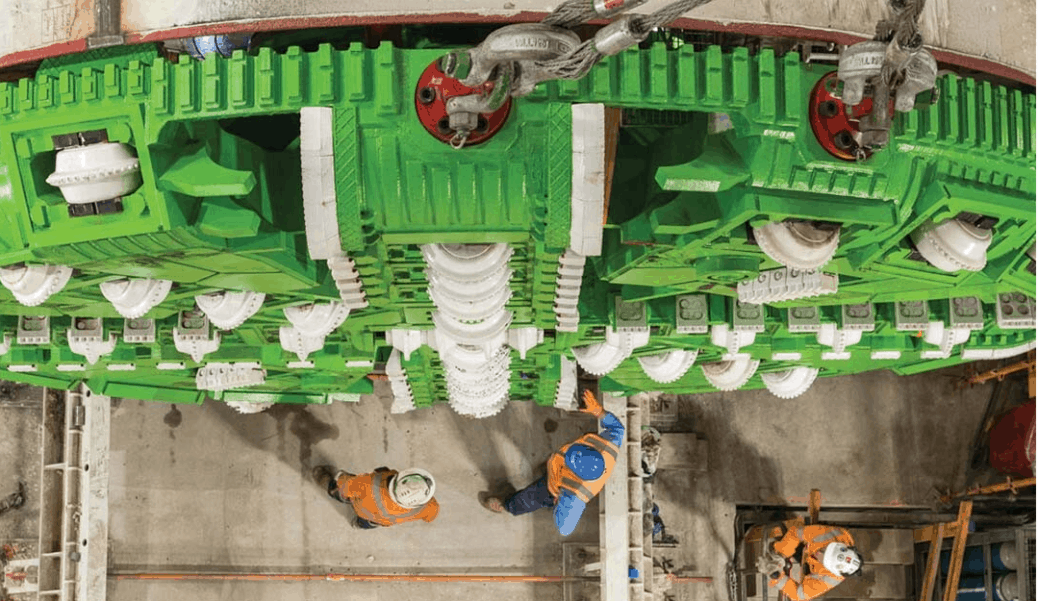 Tunnelling and underground expert Paul Thomas has worked on projects all around the world, but Melbourne has its own unique challenges when it comes to tunnelling, especially geology. As the Deputy Director of Tunnels and Stations at Rail Projects Victoria, Mr Thomas currently leads the design development of the Metro Tunnel Project and spoke with Infrastructure about overcoming ground condition challenges on the major rail project.

To someone who builds tunnels, every piece of ground tells a unique story – you just have to drill into it for all to be revealed.

Paul Thomas has been listening to those stories for 30 years as he helped build underground mass transit systems, including tunnels and stations in Hong Kong, Singapore and India.

“Melbourne has everything from 430 million-year-old early Silurian age sandstone of variable degrees of weathering and bedding profiles, to the highly sensitive and reactive Coode Island Silts, which are of the late quaternary period, first forming approximately some 12,000 years ago.”

The project is using four TBMs to construct the tunnels, connected by five new stations, and roadheaders to mine out the station caverns and adits in Melbourne’s CBD.

The first TBM was launched in August last year, and by June this year, all four of these massive machines were at work deep below Melbourne’s streets.

Extensive geological and hydrogeological investigation works, as well as detailed analysis, were undertaken during the pre-construction design development stage by RPV and its consultants.

This built understanding of the geological profile and behaviour of the ground and groundwater, based on various tunnelling and underground methods, and helped engineering experts decide how the tunnels and underground structures would be best designed and constructed, to ensure least possible disruption to the existing environment. An extensive series of boreholes were drilled to extract samples of the varying geological units and identify anticipated fault zones as well as complex geotechnical interfaces along the alignment.

These core samples revealed important information about the rock and soil found at different points along the length of the Metro Tunnel Project, which in turn would inform reference design solutions for the underground stations and shafts.

It also helped determine predicted ground and groundwater behaviour –which is critically important considering the existing surface and subsurface infrastructure that the alignment traverses through.

The early investigation works also included advance instrumentation and monitoring of existing structures along the alignment such as existing road and rail infrastructure, as well as historical structures.

“We were able to develop a very detailed picture and interpretation of the anticipated ground and groundwater conditions, which meant the detailed design and underground works solutions were well considered, informed and buildable,” Mr Thomas said.

RPV shared its geotechnical and hydrogeological analysis/modelling data and assumptions on design approaches and methods with all of the potential constructors involved in the bidding process, therefore providing a very informed process in developing the reference design.

“We had a ‘detailed’ reference design so when Cross Yarra Partnership (CYP) was the eventual successful bidder, instead of reinventing the wheel they looked at the work we had already done and determined that some of the key assumptions of the reference design, such as station locations and retention systems such as diaphragm walls, were developed further to form the permanent proposed underground solution,” Mr Thomas said.

The Tunnels and Stations work package is being delivered by Cross Yarra Partnership, a consortium comprising Lendlease, John Holland and Bouygues.

There was also an early works package which included construction of two advance shafts in the CBD North precinct – site of the future State Library Station – which also form part of the permanent station solution. 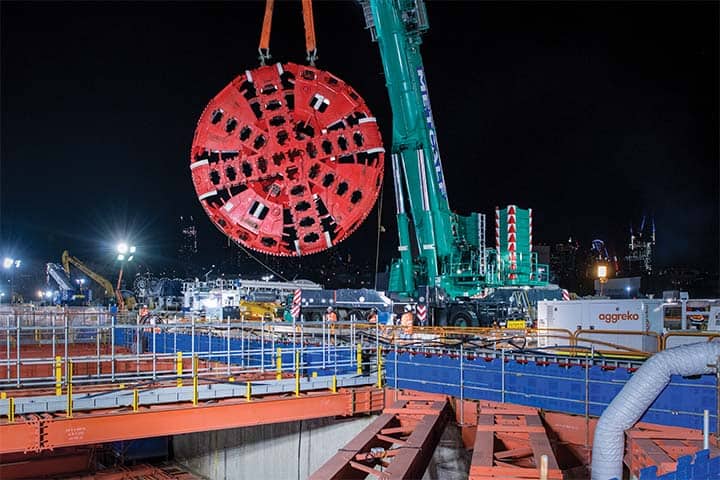 Fast-forward to the present, and the Metro Tunnel Project has achieved significant breakthroughs. TBMs Millie and Alice have each dug 1.7km from the site of the new Anzac Station to the tunnel’s eastern entrance at South Yarra, while TBMs Joan and Meg have each dug 2.6km across two sections of tunnel – between the Arden Station site and the tunnel’s western entrance in Kensington, and between Arden Station and the Parkville Station site.

As they advance, the TBMs progressively install the precast concrete segments that create the final tunnel. The segment design adopts a six segment universal ring arrangement.

There are two main types of segments, all incorporating steel fibres, and modified versions combining reinforcement bars in addition to steel fibres.

“The proof of the pudding is that the response in the ground conditions we’re encountering are very similar to what we anticipated through modelling,” Mr Thomas said.