A challenging time for Australia’s airports 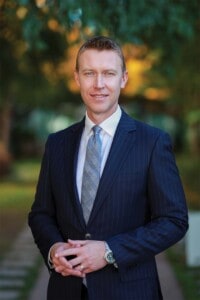 This time last year, airports were a hive of activity –thousands of people buzzing through the terminal excited to begin a new adventure, take a holiday or jet off on that important business trip. These days they’re so quiet you could almost hear a pin drop.

The gradual reopening of state and territory borders has provided a glimmer of light at the end of the tunnel, but for many airports, particularly those in regional areas, passenger numbers are still down around 90 per cent.

Our airports are hurting. It doesn’t matter if there are two planes flying in or 200 – the operating costs of keeping the runways and terminals open remains largely the same.

Larger airports are spending $300,000 a day to stay open. Knowing this, it would come as no surprise that collectively Australian airports are losing more than $320 million a month. That’s more than $2.2 billion since the pandemic began.

The aviation industry was one of the first to feel the effects of the Coronavirus crisis and will be one of the last to recover. The policy focus of the Federal Government’s aviation support package is on the airlines and government agencies including the Civil Aviation Safety Authority and Airservices Australia, and not the existing, essential infrastructure such as airports which are struggling.

They’ve had to rely on a “trickle-down” of indirect assistance from the airlines to help cover the costs of domestic security screening – a government mandated requirement – which are in no rush to pass the rebates on.

As an essential and critical piece of infrastructure, all levels of government have been relying on airports during this pandemic. They have been good corporate citizens staying open to allow repatriation flights, to transport freight in and out of the country, and to get essential workers such as medical professionals and the military to where they’re needed.

Australia is depending on a sustainable aviation network, particularly as we try to reboot the tourism industry, but there is a growing risk airports will cut services to save costs, they will lose skills or in the case of some airports close facilities for periods of time.

Australia’s major airports were already among the world’s most lean and efficient before the pandemic and now they’re reaching the limits of how much they can absorb.

Data collected by the Australian Airports Association suggests 70 per cent of staff at regional airports have either lost their jobs, been placed on reduced hours, forced to take leave or have been redeployed. This is partly because regional council-owned airports are not eligible for JobKeeper.

Regional Australia accounts for 45 per cent of Australia’s tourism. If we are looking at a tourism-led aviation recovery, our regional airports will need government support to ensure they’re able to operate as a gateway to these holiday destinations.

All airports are doing it tough, but if there’s one positive to come from the lack of planes taking off and landing, it’s allowing for essential upgrades, particularly at our regional airports which face an infrastructure deficit over the next few years of more than $170 million.

Investing in critical aeronautical infrastructure projects such as upgrading taxiways, building perimeter fencing and resurfacing runways will create new jobs and boost spending in regional communities at a time when they need it most.

Aviation is critical to the continued success of Australia’s economy, supporting more than 200,000 jobs and prior to the pandemic contributed $35 billion – around two per cent – to the nation’s GDP.

It has a bright future and our airports will be looking to the skies, willing to work with the government on an aviation plan to reopen the borders, restart aviation and tourism, and get the economy moving again.