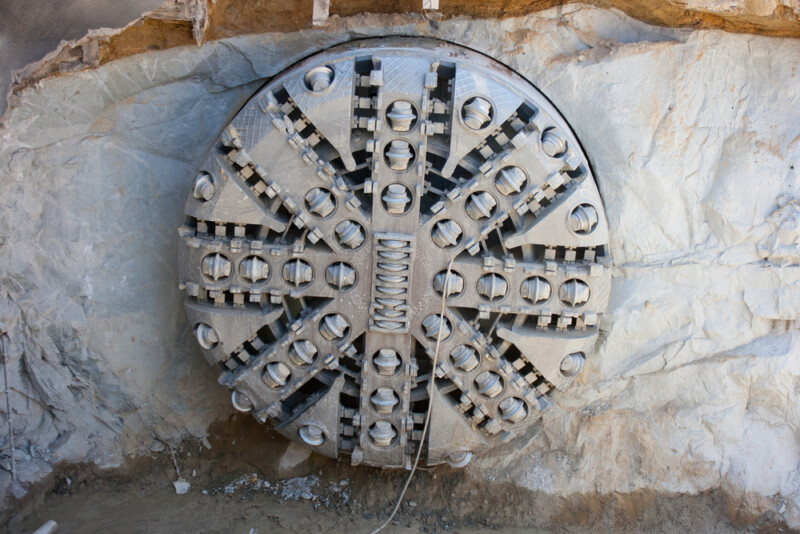 Part of the Queensland Government’s $50 billion infrastructure pipeline over the next four years, the TBM will lay the foundations for a new rail line and more construction jobs, and only re-emerge later this year after it has finished tunnelling under the Brisbane River and CBD.

Acting Minister for Transport and Main Roads, Mark Ryan, who inspected TBM Else – named after trailblazing female engineer Else Shepherd AM – said she would now be moved into position underground in the Woolloongabba site’s station cavern to commence tunnelling later this month.

“2021 is the year of tunnelling for the transformational Cross River Rail project, and this milestone really marks the start of it,” Mr Ryan said.

“Thanks to the health response of Queenslanders, the Palaszczuk Government has been able to get on with the job of creating jobs and delivering our state’s COVID-19 economic recovery plan, which includes building Cross River Rail.

“More than 100 local companies and 40 workers have played a role in bringing these TBMs to life, part of the 2,400 people so far who have worked on Cross River Rail.

“The Palaszczuk Government is creating thousands of jobs in industries like construction as part of Cross River Rail, and another 23,600 jobs right across Queensland as part of our record $26.9 billion roads and transport program.

“After today, TBM Else won’t see the light of day until she emerges from the project’s northern portal at Normanby towards the end of the year.

“Cross River Rail’s other 1,350-tonne mega machine – TBM Merle – will follow shortly after to ensure the project’s twin tunnels are completed before the year is out.”

“The TBMs have one of the most crucial jobs of the entire project – excavating the bulk of Cross River Rail’s 5.9km of twin tunnels right under the Brisbane River and CBD,” Mr Ryan said.

“It is only fitting that we mark such an important occasion for the project, with the traditional owners’ ceremony intended to wish TBM Else and the tunnellers safe passage as they make their way underground.”

Mr Ryan said the TBMs would tunnel through 20-30m of hard rock a day, with a crew of up to 15 people working on them at any one time.

“From Woolloongabba, the TBMs will tunnel under the river and break through to Albert Street station at a depth of 31m in mid-2021 and continue to Roma Street before emerging at the project’s northern portal at Normanby,” Mr Ryan said.

“The TBMs will line the tunnel walls as they go with 25,000 massive precast concrete segments, weighing 4.2 tonnes each.”