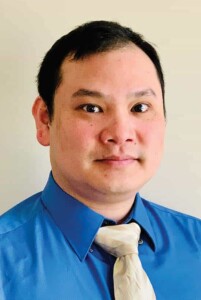 Jerome Pun recently won the ARA’s Emerging Rail Specialist Award for his work on ratcheting performance, which plays a key role in causing the rolling contact failure of high strength rail steels. Here, he looks at the performance of three high strength rail steels that are currently used in Australian heavy haul railway system and how they behave under different operating conditions.

The stresses endured by the rail are always multi-axial, non-proportional and randomly fluctuating in magnitude and direction. It has been found that the cyclic stresses and resulting plastic deformation are the major factors influencing the rail degradation processes.

In cases of wheel-rail contact conditions that result in stress levels above the plastic shakedown limit, also known as the ratcheting threshold of the rail material, new plastic deformation occurs and accumulates under each cycle of loading. This material response under cyclic loading condition is known as ‘ratcheting’.

When the accumulated plastic strain, also known as ratcheting strain, reaches the limiting ductility of the rail, the rail will fail at its local material point, which corresponds to the initiation of wear or rolling contact fatigue, i.e. in the form of head checks (cracks) in the railhead.

We conducted a comprehensive study, which consisted of both experimental and numerical studies, to investigate the multi-axial ratcheting behaviour and performance of three high strength rail steels currently used in Australian heavy haul railway operations.

In comparison, the LAHT rail steel shows the best resistance to ratcheting. Among the two hypereutectoid rail steels, the HE1 rail steel, which contains a higher percentage of carbon content, gives a lower ratcheting strain and ratcheting strain rate under high equivalent cyclic stress amplitude.

However, under high creepage and high axle load (> 35 tonnes) conditions, this rail steel shows the worst performance compared to the other two hypereutectoid rail steels, indicating that the LAHT rail steel may not be suitable for harsh operating conditions.

Microstructural analysis also revealed that pro-eutectoid cementite is observed in the prior-austenite grain boundaries in the HE1 rail steel primarily due to its high carbon content. The presence of pro-eutectoid cementite is undesirable as it is a source of embrittlement and hence, reduces the rolling contact fatigue resistance of the rail steel.

This finding suggests that the use of high strength rail steels with high-end carbon content i.e. the HE1 rail steel, could potentially require more frequent maintenance due to the reduced ductility limit and hence, increased likelihood of rolling contact fatigue development.

Of the three considered rail steels, the HE2 rail steel appears to have the most consistent resistance to ratcheting and performance under all considered wheel-rail rolling contact conditions. Therefore, the HE2 steel is deemed to be more suitable to fulfil the demanding conditions in heavy haul railways among all three rail steels.

The results obtained from our analysis are generally in line with the in-service performance of these three high strength rail steels under heavy haul conditions. The in-service performance of a rail steel is directly affected by both operating conditions and the effectiveness of maintenance strategies.

Based on our findings, the selection of suitable rail steels for a specific network, or even for a specific track section, should take into consideration the influence of the given operating conditions on the actual performance in terms of both wear and rolling contact fatigue of the rail steels. In addition, other considerations, such as weldability, should also be given at the time of selection of high strength rail steels.

Although the increased hardness of high strength rail steels improves the resistance to wear and deformation, it is still essential to undertake ongoing cyclic grinding at the appropriately designed intervals. The grinding activities should aim not only to rectify the rail profile to the target profile but also clean up existing rail surface defects.

It is also important to note that wear and the likelihood of rolling contact fatigue could be increased for poorly profiled rail sections such as the presence of peak or undercut in the railhead. Therefore, grinding activities should target to achieve good conformance to the target rail profile.

Appropriate selection and application of rail steels in accordance with the given operating conditions together with an effective and high-quality rail maintenance regime are expected to enhance the advantages of using high strength rail steels and extend the rail life.

Acknowledgements
The present work was partly funded by an Australian Research Council Linkage Project with the assistance from Mr Darrien Welsby and Mr Peter Mutton from Monash Institute of Railway Technology, and Dr Wenyi Yan from Monash University.