What will our future cities, and the infrastructure that helps them function, look like? With so much industry evolution, the answer to this is continually changing. This year’s Critical Infrastructure Summit held an industry panel bringing together some of the best minds in infrastructure delivery and city planning to explore this and look at the impact of digital technologies, future mobility, sustainability and accessibility on the future of the sector.

The industry panel was sponsored by Nearmap and held during the Summit’s final session Future of Infrastructure. The panellists were Damian Gould, CEO, Building Queensland; Marion Terrill, Transport and Cities Program Director, Grattan Institute Melbourne; and Stephen Neale, Product Manager – 3D, Nearmap. COVID-19 showed us how quickly things can change in just a few months, with the pandemic impacting the way people use infrastructure in Australia.

While it’s still uncertain if these changes in behaviour will be temporary or permanent, it does bring up the question: do we need to be rethinking the way we plan our cities? Marion noted that as Australia and the world is still dealing with COVID, it’s unclear what the end state will be.

“We’re not yet in a stable situation where we know where we’re standing, so it’s a time of high uncertainty. I think that does affect the way that we plan cities as we have to plan them to be resilient to a range of possible future scenarios,” Marion said.

She said there are a few things that we know for certain have changed, including the fact that population growth has ground to halt with the closing of international borders, and that there has been a move out of public transport and into cars – with cities having to learn to manage the switch in demand.

“It’s very much an open question as to whether we will get back to the levels of population growth that we’ve seen in the last decade or so, and that’s important because the business cases for a lot of urban infrastructure have been underpinned by population growth,” Marion said.

“The other thing I would raise in terms of how we think about planning cities in a world with COVID, is that it has a big impact on people’s transport choices, and we’re certainly seeing that at the moment in Sydney, Melbourne and Brisbane.”

Damian’s work with Building Queensland helps drive the development of the state’s major infrastructure business cases so he views the planning and development of our major cities on a more project-specific basis. 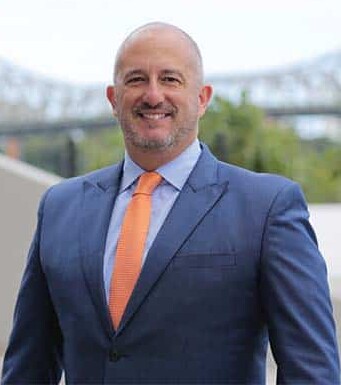 “Clearly COVID has demonstrated that when developing the business case for a major transport project, even if you stress test the assumptions and come up with different scenarios, no one could have dreamt that we’d have a scenario where public transport patronage went down by 80 per cent,” Damian said.

“Now those levels are starting to come back up again but it’s a slow transition, and people are starting to see some of the immediate impacts around increased traffic congestion.”

He said COVID has put into question previous assumptions around where main population nodes will be, both in terms of where people decide to live and how employment hubs, transport and other requirements will connect and service citizens.

“I think some of the more immediate learnings that have come out of COVID is thinking more about how you manage the flow of people, or try to build into the design process some element of how people can physically distance. There’s a recognition of those sort of perimeters being built into individual matters like building and asset design.”

Stephen Neale from Nearmap agreed and also pointed out that the data gathered over years and years that outlines longterm trends has now been flipped on its head. “This situation has changed very quickly and the predictions and the models that we may have had previously don’t quite apply now, so we need to think about how we can plan for the future and make decisions with new trends not apparent in past data,” Stephen said.

Damian believes that the most enduring challenge for Australia’s infrastructure and cities will be the appropriate planning and security of water supply to major cities and regional centres, which he says is an emerging issue in several parts of Queensland.

In addition, he said that there needs to be a focus on health and a requirement to evolve and embrace digital healthcare. “We really need to make sure the physical and digital assets continue to address the emerging and growing service needs in healthcare,” Damian said.

While for Marion, the biggest challenge she sees is the way that infrastructure decisions made by the government are often politicised.

“By way of example, I could say most major projects are committed to without actually having a business case, and sometimes one is done after, but it is more often than not, not actually informing the decision to invest.

“The reason that this matters is that we are in a changing world; we are facing these challenges, particularly around climate change, sustainability and the pandemic, and we need to make good infrastructure decisions – and they need to be able to change when the circumstances around us change.

“I feel that there is a substantial challenge, or risk really, facing future investment in infrastructure because we seem to be stuck in a manner of decision-making that isn’t really serving us very well,” Marion said.

Australia’s infrastructure is constantly evolving and becoming more digitally connected, and the panel talked about the technological advancements they think will have the biggest impact on our cities in the future. Stephen said there are organisations rolling out 5G infrastructure across Australia which provides access to real-time communication. 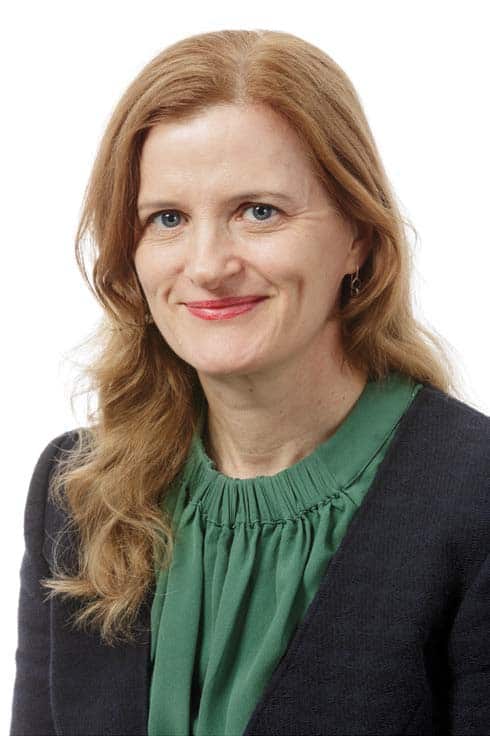 “Having worked in the car navigation industry in the past, there was this one picture of the future that really stood out to me, and it was this concept of communication between vehicles and infrastructure that meant we no longer needed traffic lights – cars could speak to each other and cross each other at intersections without causing any accidents.

“This sort of decision-making is actually a realisation of the technology that’s evolving out there now. This 5G technology is enabling communication, and real-time sensors are setting us up for this huge wealth of data that’s coming in, and what we need to do now is come up with the decision-making frameworks to best use that data.”

For Damian, he sees huge potential in the use of artificial intelligence and machine learning. “There’s current pilots looking at that in the context of how to better predict project outcomes from a cost and scheduling perspective. But the applications for assessing the demand for infrastructure that will inform business cases and design processes is important.”

While Marion is excited that the technology is now sufficiently developed to make it realistic to introduce congestion charging. “It’s a real opportunity for our cities. I know it’s kind of political poison, but particularly in a world of COVID where people’s instinct is to go out in the car and not worry about their own contribution to slowing everyone else down, charging a small congestion charge is a counter to that so people who can be flexible take their trip at a different time of day,” Marion said.

“It seems to me that in lots of ways it has been difficult to contemplate congestion charging schemes because the technology was not great, but I think that has changed now. To me it’s game-changing in terms of what we can do and how we can get more out of the infrastructure that we’ve already got.” Sustainable assets for the future

Marion said the main thing that’s important when it comes to sustainability is to be robust to a range of future scenarios. “What’s important here is that in mature cities, you’ve got most of the infrastructure that you’re ever going to have really, so that you use it as effectively as you can and that you look after it properly.

“There are service gaps, so to think about what is a sustainable city, it is a vibrant and inclusive place where people can get around, so that they don’t have to operate in a disconnected village. Sustainability for me is a lot about accessibility and connectedness, but it’s about the stewardship of what we have and using it to the best effect.”

Damian said the industry needs to think about future scenarios as it tries to plan infrastructure investments to provide services over a project’s 20-30 year lifespan – from what’s the demand, to how do you design and configure the relevant infrastructure solutions to meet that service need.

“It’s a bit of a mind shift in taking it beyond the benefits of this transport project, such as travel time savings for commuters and car users, and a reduction in operating costs. It’s looking at what are the broader societal implications and benefits and how do you structure the narrative around that,” Damian said.

Registered delegates of the Critical Infrastructure Summit have access to the Virtual Conference recordings and are able to watch them on demand on the official event platform Hubilo. If you’re not already registered, head to www.critical-infrastructure.com.au to sign up for access.