The state of the Australian airport sector COVID-19 impacted multiple industry sectors, but one of the hardest hit was the airport industry. During the recent State of Play Virtual Conference, part of the 2021 Critical Infrastructure Summit, James Goodwin, CEO of the Australian Airports Association, took part in a panel discussion on the current state of the infrastructure industry, and discussed in depth how the airport industry has coped with, and learnt valuable lessons from, the current situation. 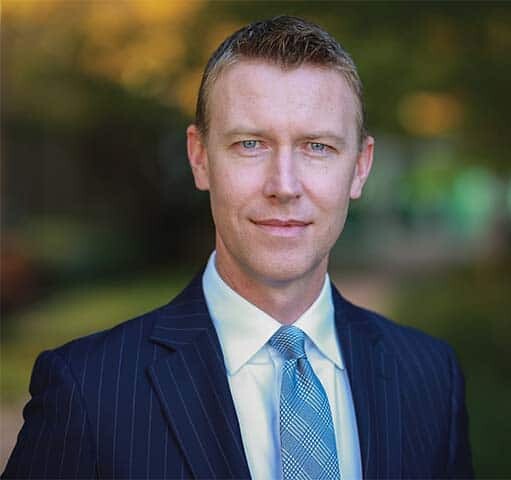 The Australian Airport Association is the national organisation that represents the interest of over 330 airports and aerodromes across Australia, covering both small regional airstrips and major domestic and international gateways.

During the Critical Infrastructure: State of Play conference panel discussion, Mr Goodwin said that throughout the pandemic one of the major things that has become clear is just how critical airports are, and that even while passenger numbers are down, airports still play a major role.

This includes in the freight industry, helping repatriate tens of thousands of Australians, assisting essential workers travel, and shipping vital personal protective equipment (PPE) to where they are needed the most.

“Despite the passenger numbers being down, essential freight has needed to come in and out of the country, and we’ve needed to get essential workers around the country, particularly in hotspots, the military, medical professionals and so on,” Mr Goodwin said.

“We’ve needed airports to do that [and] we’ve stayed open to allow that to occur. It’s an interesting reminder that not every aircraft is full of holiday makers; that we still need the critical infrastructure of airports to be able to maintain the country and the economy as we do.”

Changes in the industry

Over the past year it has become clear that the airport industry has gone through drastic changes as Australia – and the world – continue to battle and recover from the pandemic. Mr Goodwin said that during the worst month of COVID-19 in Australia, approximately April 2020, domestic passenger numbers were down by 95 per cent – a staggering amount.

Mr Goodwin said that this clearly showed that airports needed to do more to ensure they had other revenue options besides passengers that they could rely on during hard times.

“I think what we’ve seen is that certainly critical infrastructure and airports can’t rely just on aeronautical revenue. We saw that international passenger numbers are down 98 per cent.

Another area of change for airports is the uptake of technology, which has been further highlighted through the pandemic. “Airports are going to be a different look and feel down the track and we’re already starting to see that. So being able to check in online, QR codes, and all of those sorts of things to make it easier and to stop queuing up, that’s what we’re also going to see – technology will take over some of those things down the track,” Mr Goodwin said. The long road to recovery

“The sector has been doing it tough, losing about $320 million a month in lost revenue. But what I would say is the people in the sector are doing it tougher, and we thank them for being so resilient and staying with the sector,” Mr Goodwin said.

“It’s a sector that has a lot of regulations, requires a lot of things like security screening and so on, so things like Job Keeper and initiatives to keep people part of the sector have been vital to ensure that we are ready for that recovery, whether you’re working for an airline or the airports or the contractors that assist with the running of an airfield.

“We want to get back to recovery but what everyone is a bit in fear about is what’s going to be the new normal? Will we ever get back to 2019 levels of passenger and aircraft movements? We’ve seen the working from home, the digital meetings and so on, how much is that going to shave off what was normal in 2019?

“Things like having a separate domestic and international terminal has not worked particularly well when you’re trying to manage what we might call a green passenger, red passenger or amber passenger, depending on whether they’re going into hotel quarantine or whether they’re not.”

Mr Goodwin said these aspects, as well as other crucial ones like customs and security screening are vital pinch points that will have to become more flexible to ensure safety for everyone in the future. He also said that new builds, like the new Western Sydney Airport that is scheduled to open in 2026, will be able to learn vital lessons from the current situation and apply them to their own operations.

“Western Sydney Airport, being such a new build, is able to look and learn from all of these things that are going on right now and hopefully respond to that so that we will have one of the best and most modern and well-equipped airports in the world.”

Mr Goodwin said that what we are learning right now will have long-lasting impacts on the future of the aviation industry, from what the physical airport will look like, to how technology will interact and work with the assets we already have.

Registered delegates of the Critical Infrastructure Summit have access to the Virtual Conference recordings and are able to watch them on demand on the official event platform Hubilo. If you’re not already registered, head to www.critical-infrastructure.com.au to sign up for access.