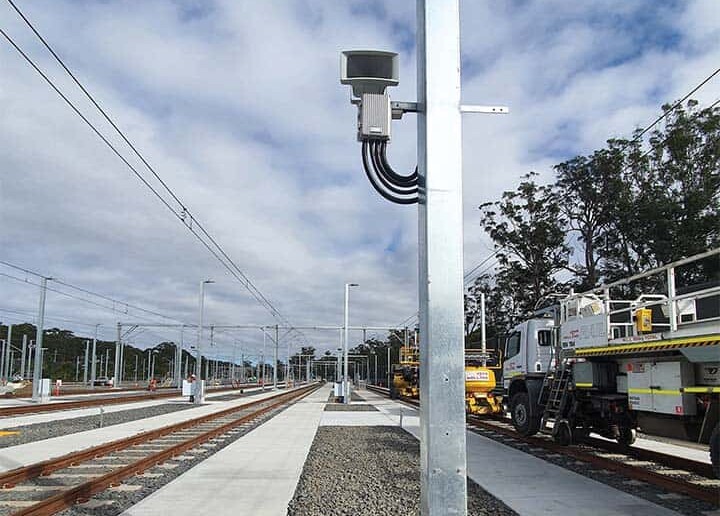 When looking at safe work practices, any opportunity to take something that was previously a noisy and manual process and make it into a streamlined, environmentally aware and digitalised process, should be seized.

These two Australian companies have worked together to produce a GBWS – Ground Based Warning System – implemented in a rail maintenance hub.

Previously, there has been significant environmental concerns with the noise associated with safely moving trains around train yards and hubs. Traditionally the way trains were safely moved around was to simply blow the horn of the train. This GBWS allows trains to be safely moved using a system installed at track level.

Some of the benefits of GBWS include:

Audio has also been added to surrounding buildings to form a PA system using the same infrastructure installed as part of the GBWS, resulting in efficiency and cost savings. Fibre is used for all interconnections so only power and fibre connections are required.

TMS General Manager, Mark Lownds, said, “This GBWS is just one example of the type of project we can take on, and I look forward to seeing what we can achieve in the next decade.”

This Sponsored Editorial is brought to you by tm stagetec systems. For more information, visit www.tm-systems.com.au.