by Melinda Pavey, Minister for Water, Property and Housing

An ongoing priority and focus during my time as Minister has been to strengthen the housing delivery pipeline through the NSW Land and Housing Corporation (LAHC) and Aboriginal Housing Office, and build stronger partnerships with community housing providers (CHPs).

This not only helps support people and families in need with better quality homes to meet their specific needs today and tomorrow, it’s also helping to build safer, stronger communities throughout NSW; especially in our regions.

While social housing delivery in NSW is strong compared to other Australian states, delivering seven per cent growth from 2015/16 to 2019/20 compared with just 0.3 per cent in Victoria, and nil in Queensland, we’re always striving to do more, knowing support for vulnerable people is a shared responsibility.

That’s why our proposal is identifying strategic initiatives and options to be included as part of Stage 2 of Infrastructure Australia’s Assessment Framework. Our proposal ultimately aims to address maintenance needs for existing aging housing stock which is increasingly costly to maintain; renew life-expired housing stock; and develop new housing stock.

It also shows how this investment opportunity aligns with some of National Cabinet’s priorities and plans including the National Housing and Homelessness Agreement; the National Plan to Reduce Violence against Women and their Children 2010 – 2022; and new Closing the Gap housing targets. Minister for Water, Property and Housing, Melinda Pavey, with Hutchinson Builders team leader Fernando Uribe for start of construction at a $25.35 million housing renewal project at Bigge Street, Warwick Farm that will deliver 52 new social homes, due to be completed in early 2022.

Our work already enacts the NSW Premier’s priority to reduce street homelessness by 50 per cent by 2025, and is guided by existing NSW Government policies such as Future Directions for Social Housing and the NSW Homelessness Strategy.

The NSW social housing system was developed in the 1940s for working families with low incomes, and today it supports a different demographic – the most vulnerable people in our community who need a safety net.

These aging assets are sold and the proceeds reinvested back into housing renewal. Vacant or underutilised land are also used to pursue redevelopment opportunities to deliver more social homes.

A recent success story of this strategic asset recycling program is the Millers Point Sales Program, where in midMarch the 1500th new home was delivered at Busby in south-western Sydney.

The Sales Program has seen 340 properties sold to date, raising close to $615 million. Every single dollar is reinvested back into the social housing portfolio.

The impact of stimulus investment

Last November’s budget invested almost $900 million to help accelerate the delivery of about 1,000 new homes and create up to 3,000 jobs, as part of the Government’s stimulus and COVID recovery plan.

This activity demonstrates the capacity in NSW to gear up quickly in partnership with the community housing and construction sectors when funds are made available for social housing investment.

With a portfolio of about 125,000 social homes, where rents are declining due to the age of tenants and increasingly smaller household size, recognition by the Australian Government of social housing investment benefits is really welcomed.

In addition, the state’s social housing portfolio has increased in value from $32 billion in 2010 to more than $51 billion today, making it the state’s second largest asset holding after roads and transport.

While we’ve increased our asset portfolio, we need to remove constraints to ensure it continues to deliver enough housing, and the right type of housing, to meet ongoing demand. That’s why we’re focused on building more partnerships with like-minded partners which are a key to future growth; ultimately delivering mutually-beneficial outcomes for NSW communities and the economy.

For example, with improved cost efficiency and income streams the community housing sector in NSW has grown from delivering 68 new dwellings in 2012 to over 3,000 by 2020. In 2016, NSW announced the $1.1 billion Social and Affordable Housing Fund, which is delivering 3,400 social and affordable homes by 2023.

Together we’ve delivered more than $3.2 billion in social housing properties since 2014-15, compared to $427 million in Victoria.

Regional NSW is also a key focus for LAHC and the NSW Government. While we’re making progress – with about 750 new social homes expected to be completed by the NSW Government in regional communities between this year and 2023-24 – more is always needed. 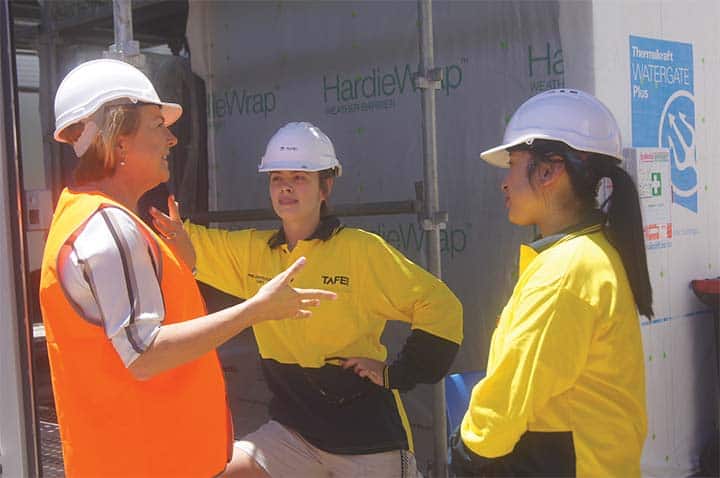 The benefits are also shared with regional economies, with this investment forecast to create more than $200 million in construction activity and about 1,000 jobs. For every $1 million LAHC invests in building new social housing, five jobs, including one apprenticeship, are created. While Victoria is spruiking the creation of a ten-year strategy for social and affordable housing – and only established Homes Victoria after announcing its $5.3 billion catch-up housing program last November – NSW has long been on the job, delivering outcomes and results.

However, we’re not resting on our laurels for a moment and recognise the ongoing challenges. That’s why we’re pursuing this opportunity to build another strong partnership, to increase our capacity to build more better-quality homes to support more of the state’s most vulnerable people.

Social housing investment by state as reported in the Report on Government Services, over the last five years (2015/16 to 2019/20):

Increase in social housing delivery by state as reported in the Report on Government Services, over the last five years (2015/16 to 2019/20):