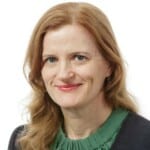 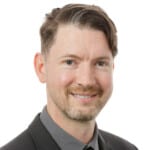 In 2015, a business case for the Melbourne to Brisbane Inland Rail project estimated it would cost $9.9 billion, and that in a ‘worst case’ scenario it could cost $10.7 billion – that is, eight per cent more.

Fast forward to now, and the Federal Government says the 1,700km freight rail project is now expected to cost $14.5 billion, after design changes to improve safety and overcome community objections. That’s not eight per cent more, it’s 46 per cent more.

The worst case scenario in that 2015 business case was way out, and recent Grattan Institute analysis shows that business cases for big transport projects in Australia are way out way too often.

Typically such business cases include an estimate of the expected cost, or ‘P50’, and the worst case, or ‘P90’. In business cases produced in recent years, the difference between P50 and P90 cost estimates has generally been about seven per cent (as shown in the below chart).

But our analysis of projects completed over the past two decades shows that the actual difference between the P50 and P90 costs was on average 49 per cent. That is, ten per cent of projects went over their estimated costs by 49 per cent or more. 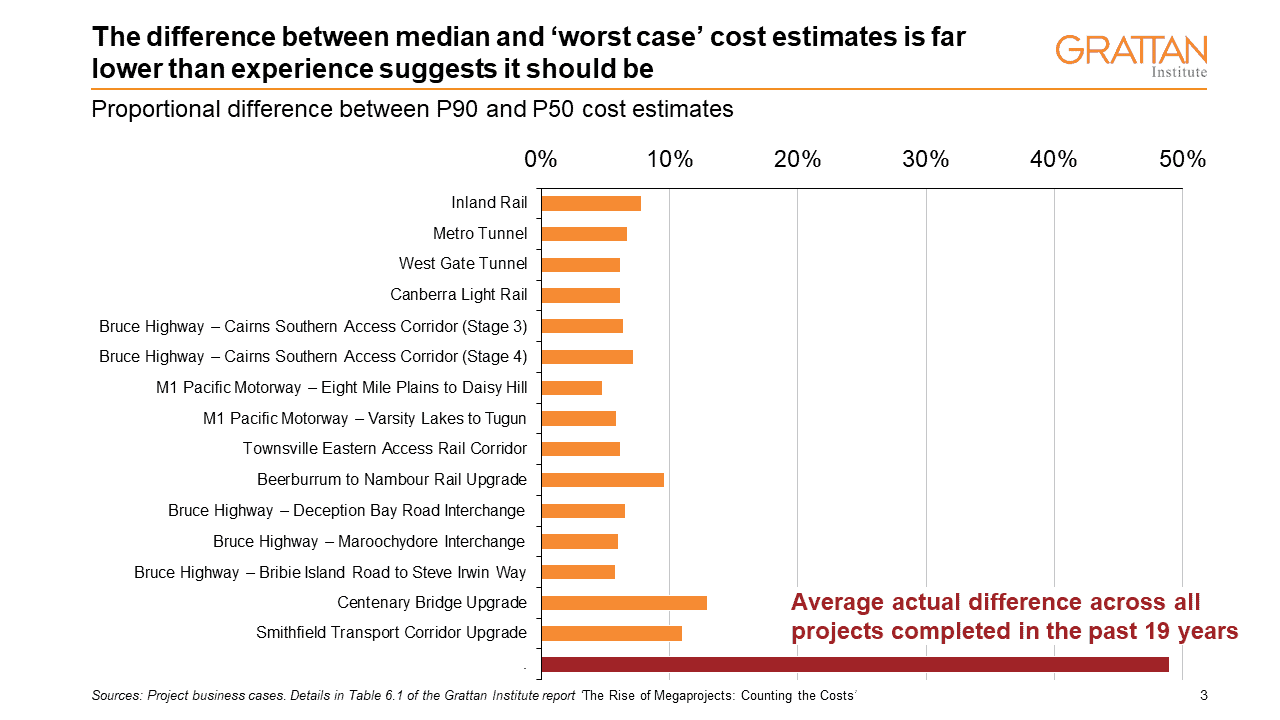 Looking to past projects

One way to make project cost estimates in Australia more realistic would be to ensure cost estimators can learn from Australia’s history of cost overruns, but there is a lack of available data on past projects. This means neither central estimates of cost, nor allowances for worst case scenarios are as accurate as they should be.

But without high-quality data on past projects, it can’t be done.

A national database is the way forward

This is hardly a new idea. Road experts, the Productivity Commission, and the Department of Infrastructure, Regional Development and Cities have all recommended cost estimators have access to data that would enable reference class forecasting.

Australia needs a national database on major projects. Data on completed projects should include the eventual cost of each component of the project, as well as the cost estimates at different stages.

Key project characteristics, such as type of road or track, number of lane or track kilometres, length of any tunnel, and location (CBD, urban, or rural) would enable estimators to identify comparable projects.

At present, information about project cost estimates and results is not always clearly captured, much less is made available in a consistent, usable form.

Cost estimators are flying blind if they can’t properly incorporate past experience into their estimates. And now that Australia is in the age of transport megaprojects, it’s more important than ever that they have every chance to get it right. Governments must collect usable data so we can have cost estimates based on the real world.