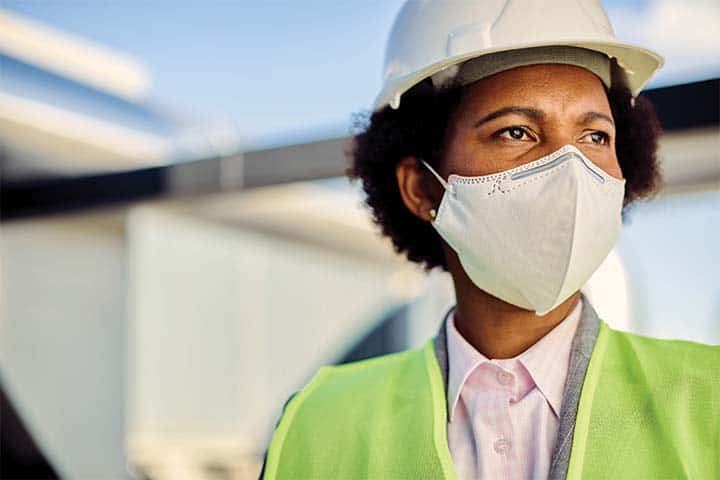 by Kristine Scheul, National Chair, the National Association of Women in Construction (NAWIC)

In September, NAWIC proudly hosted its first National Forum which discussed solutions to the decreasing number of women entering and staying in the construction industry. 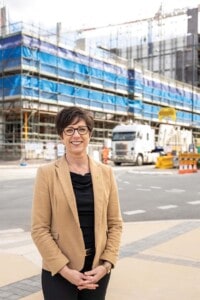 Hosted by the ABC’s Bright Ideas presenter, Paul Barclay, the forum discussion was based on ‘Finishing the unfinished business of abolishing gender bias from the Australian construction industry’.

I was personally honoured to be in the company of the panellists who were selected to contribute to this conversation – Dr Niki Vincent, Victorian Commissioner for Gender Equality, Professor Paula Gerber, and Andre Noonan, Acciona Geotech’s COO.

For NAWIC, this forum was the first step in a planned strategy that aims to bring together industry, government and most importantly, female stakeholders, to bring their collective thinking to solving one long-term problem at a time until gender equality throughout the industry has been achieved.

The number of barriers to attracting and retaining more women are well documented, but after 25 years of supporting the advancement of women in the construction industry, it is high time we collectively start promoting some solutions.

I hope that forums such as this one will contribute to the solution and begin to create real change.

One of the most prominent issues is that of the gender pay gap in the construction industry, which sadly, is continuously widening.

In Australia, Equal Pay Day is a date representing the additional days a female must work to earn the same amount as a male colleague. In 2021, this was 61 days, three more days than last year.

For women in Australia’s construction industry however, the gap is much wider, the second highest in Australia in fact, at 26.1 per cent, with women earning on average $36,361 p.a less*.

Essentially that means for many women working in construction, we must work at least another month before we catch up with our male colleagues. And like the national pay gap, the gap in construction is also widening – up one per cent from the year before.

So, what is it about the construction industry that causes it to have the second highest ranking gender pay gap and for that trend to go backwards instead of forwards? Firstly, it is important to recognise that the gender pay gap is not the same as equal pay.

Equal pay for equal work was enshrined in the Fair Work Act 2009 making it illegal to not provide equal pay to employees performing work of equal or comparable value.

The gender pay gap is not just about equal wages, it measures women’s economic position compared with that of men, or more to the point, it measures the impact of both conscious and unconscious gender discrimination in the workforce.

For the construction industry, some reasons for the gap include discrimination in hiring, starting salaries, promotions and pay rises; undervaluing women’s competencies; the motherhood penalty impacting career progression and lack of workplace flexibility to accommodate caring and other responsibilities.

It is little wonder that the industry is finding it challenging to recruit women, and even if they do, having them stay. Why would women want to stay in an industry where it appears they are not valued as highly as their male colleagues?

Through the development of our Strategic Plan, NAWIC is seeking to break down why our industry is finding it so difficult to increase the number of women participating in the industry, and then assist women and industry to resolve those issues holding them back.

We recognise that in most instances, the discrimination experienced by women is not intentional, but equally, not actively seeking to do something about it has the same effect.

However, recognising that there is an issue in the construction industry is one thing, actively working out what to do about it is another.

Through the forum’s ongoing discussion, we not only want to identify what the specific barriers are to the construction industry, but we also want to solve them, in turn creating an industry where women get to fully participate and achieve recognition of their value.

NAWIC now plans to leverage the outcomes of the discussion, advocate for the changes necessary, and work with each of the participants, whether on the panel or listening in, about what to do next.

At the very least, we want to see a change in the WGEA scorecard on the gender pay gap. At a minimum, it will be a positive step towards achieving our goal of 25 per cent women in construction by 2025.

The scorecard is an analysis of information collected from its own annual census of participating companies. The report card, released in November 2020, calculated the average gender pay gap across all industries from participating companies who have more than 100 employees. Last year, the scorecard revealed an average gender pay gap for base salaries of 15 per cent across private sector industries. That increased to 20.1 per cent if the calculation was based on total remuneration packages, which included bonuses, commissions and other entitlements.