The changing face of rail 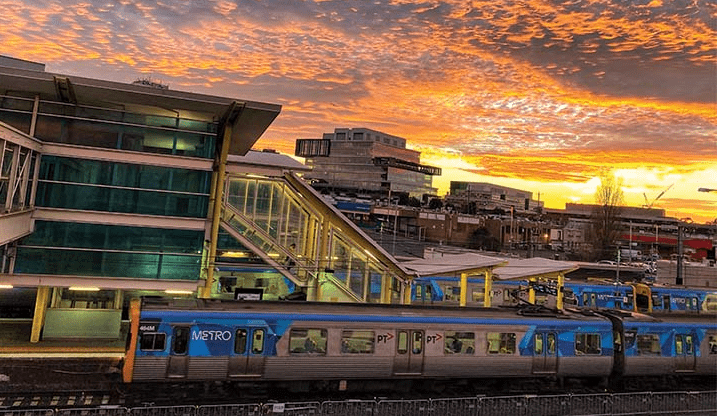 When I was young and wanting to find my place in the world, my father suggested to me that I should think about a career in the railways. 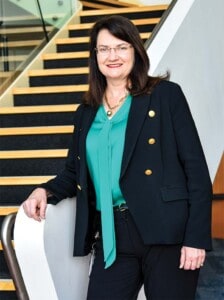 Back in the late 1980s, rail was traditionally a male-dominated sector, laden with sexist workplace clichés. Put simply, it was a tough environment for women to prosper.

Despite this, I was determined to follow my family’s long and successful history in the railways. My father and two of my uncles spent their entire working lives in rail – my brother dedicated half of his career to the industry too.

You could say that the railway is a family business and it’s ‘in my blood’, so I took my father’s advice and joined Queensland Rail.

Those early years weren’t easy, but three decades on I am so glad I listened to him, and I haven’t looked back.

Today I am proud to be the Chief Operating Officer at Metro Trains Melbourne and Chief Executive Officer of the Metro Academy. It is my job to oversee the safe running of our network, and the delivery of nationally-recognised rail safety training.

I’m pleased to say that the stereotype that rail is a ‘male-dominated industry’ is changing – and changing fast. I’ve always pushed hard to ensure more women are given equal opportunities to join the rail industry.

I have personally spent a great deal of time mentoring women to help them achieve career advancement in the railways. Women no longer need to settle for a ‘junior job’ in rail.

Today they can pursue meaningful careers and make a real difference in our industry and community. At Metro, I oversee 3,500 hardworking people in an organisation of more than 6,500.

I’m very proud that every day Metro continues to better reflect the values of the community we serve. That means ensuring women are working at all levels, in all types of roles. I can assure you that we’re not just ticking boxes.

Bringing more women into Metro improves both our business and the city of Melbourne. Hiring new people from diverse parts of the Victorian community, who previously didn’t have a seat at the table, means more women have an opportunity to develop a career in our industry than ever before.

I can honestly say there has never been a better time for women to build a career at Metro, and in the railways more broadly. In 2009, there were 26 female drivers working for Metro – and today there are 348. That is more than a 1,300 per cent increase!

Today, 27 per cent of the Metro workforce is female, compared to just 12 per cent when the Metro franchise started in November 2009. We have committed to a target of 40 per cent of our workforce being women by 2027. It is an ambitious target – and we are committed to not only reaching it but exceeding it.

It starts at the top

We continue to ensure women are recognised for their skills and achievements – because it just makes sense. We want the best people to work with us at Metro, no matter who they are or where they are from.

Diverse perspectives and innovative ideas ensure that Metro is a network that values its people, regardless of gender. When everyone is represented and empowered to be themselves at work, we achieve more.

When my father encouraged me to join the railway, it was during a time when women worked in the typing pool, hospitality, or were in very junior administrative roles.

Neither he nor I envisaged that one day I would be responsible for operating a railway in a major capital city of Australia. It shows what is possible for women in today’s industry, with hard work and dedication.

I urge women to broaden their thinking about joining the rail industry, with its many different, challenging and exciting roles. I’m so glad I listened to my father’s advice all those years ago. I encourage women to take a chance – because you never know where it might lead.