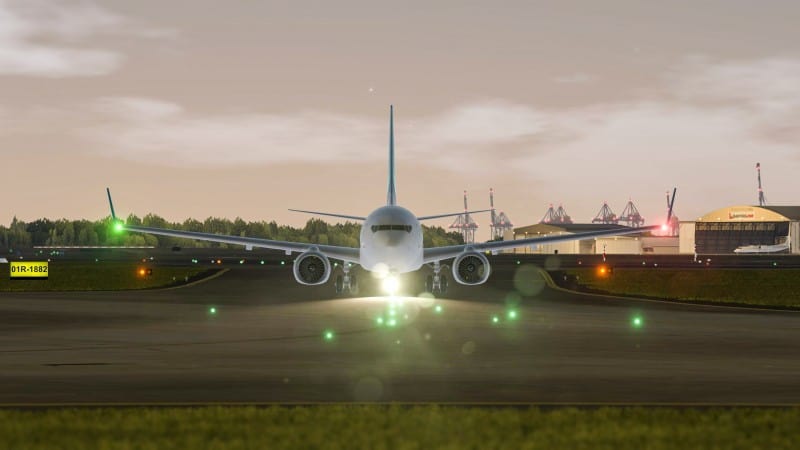 Winners are as below:

AAA Chief Executive, James Goodwin, said 86 airports and organisations which provided services to the industry were nominated for the 2021 prestigious awards.

“Despite navigating the most difficult period the sector has faced in living memory, as resilient as ever Australia’s airports have taken the challenges in their stride and continued to adapt and innovate, finding new ways of doing things, forging ahead with major infrastructure projects, diversifying their businesses and developing new partnerships,” Mr Goodwin said.

“Australia’s airport sector strives to make a difference and continues to develop infrastructure that enhances the passenger’s experience whilst making a valued contribution to our wider community.”

Newcastle Airport was named Major Airport of the Year for cementing its role as a regional leader shaping the future growth of the Hunter region and northern New South Wales.

Mr Cock said winning the highly competitive award wouldn’t have been possible without the support of the community.

“The support our region has shown us during good times and bad over the last two years has been phenomenal,” Mr Cock said.

“Guided strongly by our purpose of delivering the airport our region deserves, we worked together with our stakeholders to deliver a multitude of outcomes that put us in a stronger position than before the pandemic.

“Support from our partners was also vital in achieving a Code E runway upgrade, regional inbound partnerships and the Williamtown Special Activation Precinct – all contributing to significant and lasting benefits for our community and our region.

“Of course, none of this could have been achieved without the support of shareholders City of Newcastle and Port Stephen’s Council. Even in the depths of the pandemic their support never wavered.

“Billions of dollars for our economy, thousands of new jobs and huge investment in our growth as a region is what this Award recognises.

“As our industry recovers and as passengers reenlist their trust in us to connect them with the world, Newcastle Airport is more driven than ever to connect with new destinations and deliver for our region.”

Archerfield Airport was awarded Metro Airport of the Year for the completion of a range of key infrastructure projects including the full reconstruction, lengthening and strengthening of the main runway.

Emerald Airport in Central Queensland won the Large Regional Airport of the Year Award for its major upgrade of existing assets, including Australia’s first bespoke designed Stone Mastic Asphalt runway, while Shellharbour Airport on the NSW South Coast took home the Small Regional (RPT) Airport of the Year for its $20 million upgrade of the terminal, runway and taxiways.

Orbost Airport in East Gippsland was presented the Small Regional (non-RPT) Aerodrome of the Year Award for the critical role it played in the 2019/20 summer bushfires, which ravaged the region.

The new runway is expected to generate 7,800 new jobs and an additional $5 billion in annual economic benefit to the region by 2035, and while COVID-19 has limited the immediate benefits, the runway is aiming to play a crucial role in the social and economic recovery of Queensland.

BAC also won the Innovation Award for its airside driving simulator, a virtual 3D simulation with scenario-based training modules and induction programs used during the Operational Readiness and Testing (ORAT) phase of the runway project.

Gert-Jan de Graaff, BAC CEO, said he was incredibly proud of the entire BAC team and the wider Brisbane Airport team for their unwavering dedication to providing world-class facilities and operations.

“These national awards are an enormous and well-deserved honour for each and every BAC team member whose hard work, attention to detail and expertise contributed to our success in these highly sought-after awards,” Mr de Graaff said.

“It is heartening and abundantly clear that our industry is in excellent hands when we see the ‘outside the box’ thinking and innovation come to life through projects like the airside driving simulator.

“I would also like to extend my congratulations to the other outstanding winners and finalists who have faced the pandemic and come out the other side with incredible vision and innovation.

“The resilience and tenacity of the people who make up this industry speaks volumes.

“Seeing all that has been achieved despite the challenges we endured over the past 24 months makes me prouder than ever to be part of the aviation industry,” Mr de Graaff said.

AAA Chair, Tom Ganley, said an enormous amount of planning and hard work went into all projects and initiatives recognised in the ceremony.

“I congratulate this afternoon’s winners and nominees on their high level of professionalism, community spirit and commitment to the passenger that is clearly demonstrated across each category. It’s clear the future of our sector is in very capable hands,” Mr Ganley said.

For full details of the awards and winners, click here.