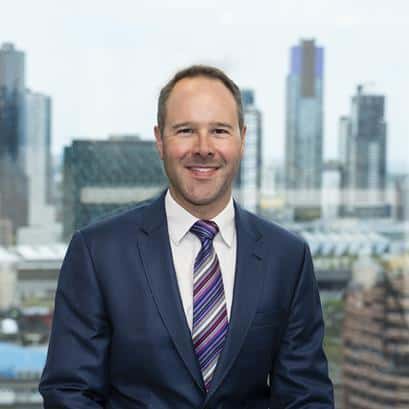 Infrastructure Victoria Board Chair, Jim Miller, has announced the appointment of a new Chief Executive Officer of the state’s independent infrastructure advisory body.

The new CEO is Jonathan Spear, who has been Acting CEO for four months and was previously Infrastructure Victoria’s Deputy CEO, Chief Operating Officer and General Counsel.

“Jonathan’s passion and commitment to the provision of expert evidence-based policy and reform advice in support of improved social, economic and environmental outcomes for the state is evident in his focus and extensive achievements to date. His appointment as CEO is a wonderful testament to the quality of the team working at Infrastructure Victoria,” Mr Miller said.

“After six years of operation, Infrastructure Victoria’s standing as an independent and influential advisor on the state’s current and future infrastructure needs and priorities is well established.”

Mr Miller said that 90 per cent of the 137 recommendations from the company’s first 30-year infrastructure are in progress or complete. The 2021 update to the strategy has been strongly supported by stakeholders and provides a foundation to inform the ongoing development of policy and investment decisions.

“Jonathan has played a major role in the success of the organisation since its establishment, and we are delighted that he will lead Infrastructure Victoria at this critical juncture when there is a pressing need for both rigorous advice and pragmatic solutions that can position Victoria for a stronger future,” Mr Miller said.

Mr Spear holds a Doctor of Philosophy in History, Executive Master of Public Administration, Master of Laws, Bachelor of Laws (Honours) and Bachelor of Arts (Honours). He is also a legal practitioner, a graduate of the Australian Institute of Company Directors and the Williamson Community Leadership Program, and a director of the Melbourne Forum.

Mr Spear said he was delighted to have the opportunity to lead Infrastructure Victoria’s diverse and well-respected team of experts.

“As the pace of change and uncertainty across all sectors accelerates, Infrastructure Victoria’s role in thought leadership is increasingly important if we are to manage the challenges and grasp the opportunities open to us.

“We want to ensure that Victoria is an even better place to be because of our work in providing advice and research that is both rigorous and relevant. We are focused on workable solutions and practical options that the government can implement,” Mr Spear said.