Does it comply? Why independent product testing matters To give the construction industry total confidence in its product performance, Fosroc ANZ has embarked on a major program of independent testing.

Colin Picton, ANZ Specification Manager for Waterproofing and Sealants, said that as part of the DuluxGroup, Fosroc ANZ will not state that its products comply with a particular standard unless it has had independent testing.

He encourages product specifiers and buyers to look closely at technical data sheets (TDS) and question where the test data has come from.

“It might say the material complies with a certain standard, but is the manufacturer relying on its own internal data? We believe the market can have more confidence in external independent testing,” Mr Picton said. 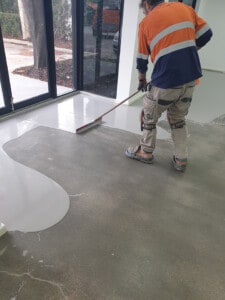 “The emphasis on quality is increasing across the construction industry,” Mr Picton said.

In New Zealand, BRANZ approval has become increasingly valued by architects specifying construction products. Meanwhile, in Australia, New South Wales introduced a Building Commissioner and the Construct NSW strategy in 2019, with a view to “improving the quality of construction of residential apartment buildings and restoring trust in the industry”.

“Fosroc ANZ is being proactive and doing the due diligence,” Mr Picton said. “We won’t claim a product complies with a standard just because we believe it complies. We prove compliance with an independent testing certificate.”

Independent testing is either complete or underway for more than 50 Fosroc ANZ products and systems. The following will be of particular interest in relevant industries.

Some of its most popular concrete repair products have been tested and certified to AS/NZS 4020 for potable water applications, including Renderoc HB40, HB70 and LA55. 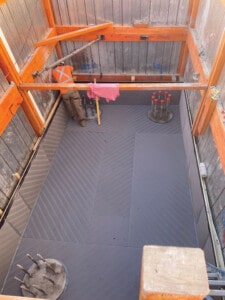 With testing either underway or completed for most of its Nitoflor range, Nitoflor is the ideal choice to achieve AS 4586 Slip Resistance and AS 9239.1 Critical Radiant Flux.

For the food and beverage industry, many products in its Nitoflor range have HACCP Certification.

This sponsored editorial is brought to you by Fosroc. For more information, visit fosroc.com.au.