Great cities and regions don’t just happen automatically. They demand foresight, planning, early investment, and the capacity to respond to the needs of people who already live there and those who aspire to live in them in future. 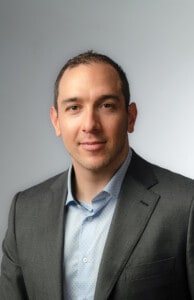 Consistent benchmarking is needed for the base services required for liveable cities, suburbs and regional towns, and must consider future needs as well as current demand.

This data should be used to inform investment in both large and small infrastructure such as public transport, urban and open spaces, technology, schools, hospitals and the environment, as well as sewer, water, road and drainage infrastructure to ensure capacity exists to unlock new housing supply.

UDIA National believes that in the wake of the pandemic and the demographic changes that have ensued, a new plan is needed to develop more liveable places.

Now is the time for political leaders to seize the opportunity to put core infrastructure as their central focus and develop plans that integrate investment in transport infrastructure and urban planning with the goal of delivering globally competitive cities, enabling Australia to exit the pandemic stronger than when it began.

The property and construction sector’s capacity to deliver the housing Australia needs is intrinsically linked to this strategic planning, and the funding and delivery of core infrastructure.

Long-term growth corridors should be identified and secured, aligned to population forecasts and strategic plans, with barriers to their development resolved early in the process.

Major transport investments must be synchronised with the objectives of long-term strategic land use and infrastructure plans for our cities and regions; they can be the catalyst for substantial improvements in new supply in both established and greenfield areas.

A stronger focus on local-scale infrastructure – without a price tag in the hundreds of millions or billions – can generate significant improvements for relatively small spends, and in turn, quickly kick-start new dwellings.

Too often, the lack of alignment between all three tiers of government produces disjointed planning around the trajectory of growth that will underpin our cities, as well as the land use and infrastructure pipelines needed to service them. Productivity suffers without an integrated plan and supply is constrained.

Governments will yield a much stronger dividend from a more cohesive and proactive approach to infrastructure investment. This would accelerate better and more affordable housing outcomes, particularly coupled with larger projects such as rail that support urban renewal and shape cities, better connecting communities and improving urban amenity. UDIA New South Wales’ Building Blocks research report shows that a $1 billion investment in infrastructure funding across the Sydney Megaregion would unlock over 100,000 greenfield dwellings within three years. It stands to reason that this scale of outcome could be replicated nationally.

Imagine the impact of such thinking across Australia. UDIA National’s 2022 Federal Election Campaign Platform, A Plan for Prosperity, included six steps to ensure that long-term growth corridors for housing and related infrastructure properly align to demographic trends and strategic plans:

1. Synchronising investment with the objectives of the long-term strategic land use and infrastructure plans in place for each of our major capital cities and regions
2. Ensuring integrated approval regimes are applied to infrastructure that also accommodate housing (and other uses) which are attached to or benefit from them
3. Linking higher levels of infrastructure funding to regions prepared to accept a greater share of population growth, synchronised with increases in housing supply
4. Putting a greater focus on local-scale infrastructure which can generate significant improvements based on a relatively small spend and in turn kick-start new housing opportunities
5. Charting and removing the barriers to the delivery of more diversified housing stock, particularly support for build-to-rent as a viable asset class and encouraging mixed tenure affordable housing
6. Planning for an ageing population by ensuring the diversity and facilitation of housing choices for seniors is accommodated.

We need to begin the hard work now to plan for what our major cities and regions look like in 2030 and the decades beyond and start delivering the infrastructure today for what is needed tomorrow.

About Urban Development Institute of Australia

The UDIA is the peak body representing the property development industry throughout Australia. As the development industry’s most broadly representative industry association, UDIA has more than 2,500 member companies spanning top tier global enterprises and consultants, to local governments and small-scale developers.