From advocacy to ideas The Australian Constructors Association believes that the industry already knows the problems that are hindering productivity and progression of our major pipeline of work, but now is the time to actually do something about it. Its solution is the Future Australian Infrastructure Rating – FAIR – a new ratings scheme to help realise reform. 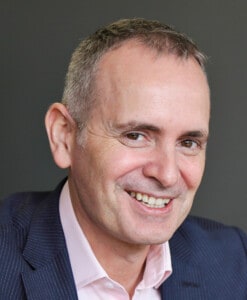 The Australian Constructors Association is unique in that it is the only national association that is purely focused on advocating on behalf of the main contractors operating in all three sectors of the construction industry: horizontal, vertical and construction services.

All of our members are large enough not to require any assistance with their day-to-day business operations. Instead, they want Australian Constructors Association to provide a collective industry view on contemporaneous issues and to advocate for changes that will make the industry more sustainable.

Over the last 18 months we have been busy doing just that. Amongst other things, we published a framework for a sustainable industry, made submissions to numerous state and federal procurement inquiries, and played an active role in keeping the industry safe and running during the COVID pandemic. But many problems still exist.

Our industry accounts for 25 per cent of all insolvencies in Australia, women make up only 12 per cent of our workforce, and our workers are six times more likely to die from suicide than a workplace incident. It is therefore unsurprising that we are struggling to attract and retain enough people to construct the record pipeline of work ahead of us.

In fact, Infrastructure Australia has estimated a shortfall of 105,000 people in the next 18 months. The thing is, we all know about these problems and have for some time. They are reflected in construction productivity growth, which has not grown in 30 years!

We do not need any more advocacy on the need for change. We all largely agree on the problems and the solutions. What is needed now are ideas that can bring about change and bring it about quickly. Ideas that have the support of stakeholders right across industry.

The Australian Constructors Association has developed such an idea, we have consulted widely on it, and we have strong consensus that if implemented it will substantially improve the productivity and sustainability of the construction industry.

FAIR provides a way for the Federal Government, as the bank roller of major projects, to coordinate and incentivise reform in a consistent way across state governments. And it is simple. It does not require any major change in existing federal governance processes or increased Commonwealth involvement.

Ratings get results. FAIR builds on the success of ratings schemes like NABERs, Green Star and the IS Rating to rate government funded projects on how well they performed against a range of key reform areas such as improved productivity, increased innovation and improved sovereign capability.

Federally funded projects undertaken by state government delivery agencies would be given a rating that would be published, leading them to strive for increasingly better outcomes for their stakeholders.

Just like people who look at restaurant ratings, contractors wanting the opportunity to demonstrate their capabilities would look at state government agency ratings when choosing where to focus their best resources, providing another reason for government delivery agencies to collaborate with industry to drive improved outcomes.

The FAIR initiative could be included in the next iteration of the National Partnership Agreement as a requirement for all federally funded projects. To further incentivise quality outcomes, high ratings could unlock access to new funding pools similar to the previous Asset Recycling Scheme.

All things point to FAIR. Reports like Infrastructure Australia’s Delivering Outcomes and the recent findings from the Federal Government procurement inquiry explain why the industry has struggled to change.

The Federal inquiry made a clear recommendation to establish a mechanism to monitor and rate project performance and verify value for money. That mechanism is ready – it’s FAIR!

FAIR has widespread support from government and industry. All agree FAIR has significant merit on the basis that it provides a way for the Federal Government to get more involved in reform of how projects are procured and delivered without interfering at a detailed level.

We have an opportunity to recalibrate the industry so that it is innovative and able to deliver the infrastructure that Australia needs – when it needs it – for a price that it can afford. We have identified the problems and come up with a solution, it is now time for the Federal Government to get on board!