On the last day of the 46th Parliament before the federal election, hours before the House of Representatives rose, a report titled Government procurement: A sovereign security imperative was tabled in Federal Parliament. 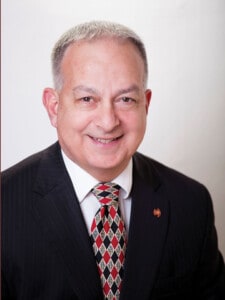 Given the timing of its release, the report probably didn’t receive the prominence it deserved, which is unfortunate given how important the topic is to Australia’s economic future.

The final report was almost ten months in the making, received more than 60 submissions and heard from more than 40 organisations, including the Civil Contractors Federation (CCF).

This report is incredibly timely given the allocation of a record level of taxpayer federally funded infrastructure investment of $120 billion over the next ten years as announced in the 2022/2023 Federal budget.

It is essential that this funding commitment is accompanied by policy and procurement reforms to maximise returns to the Australian economy.

The report is extensive, well considered and makes a number of recommendations which have the potential to significantly enhance the sovereign capability of the Australian industry.

Its in-depth analysis of the challenges and opportunities facing Australia’s infrastructure industry should underpin future policy reform in the procurement of government-funded infrastructure.

A balanced and equitable procurement framework

The thrust of the final report was clear and summed up well by Committee Chair John Alexander OAM when he said in his tabling speech to Parliament: “The lack of long-term planning for major infrastructure projects has resulted in a piecemeal, ad hoc and reactive delivery process which thwarts the development of efficiencies in the construction industry that could be attained if there were a steady pipeline of projects available.”

Mr Alexander’s fellow committee member, Luke Gosling, hit the nail squarely on the head when he said during the tabling debate: “I did want to point to recommendation six, which sees increasing access to Commonwealth funded projects for tier 2 and tier 3 companies and related Australian small and medium enterprises.

That’s how we will build the capacity of our nation to provide jobs for our own people but also to make sure that more taxpayer funds stay in Australian companies, developing them up through the tiers.”

It is pleasing to note that this report has bipartisan support from both the Labor Party and the Coalition which we hope will lead to real action to address the recommendations contained in the report.

CCF lobbied hard for a report such as this to analyse how we can improve how government infrastructure is undertaken. For example, procurement reform was a centrepiece of our 2021 report Rebuilding Australia – A Plan for a Civil Infrastructure Led Recovery.

The CCF report found that for every $1 million invested in the civil construction industry:

A balanced, sustainable and equitable procurement framework pertaining to all levels of government is needed to ensure these economic and employment benefits are achieved.

CCF’s submissions to the Committee focused on measures to achieve a more balanced approach to project allocation to the respective tiers which will result in additional benefits to the community including, higher local employment opportunities, increased and upskilled local workforce, higher economic growth in the local community, and improving Australia’s sovereign capability

The Committee’s recommendations directly address many of the key challenges and opportunities in the procurement of government funded infrastructure, and in many respects, they pick up on a number of recommendations CCF provided the Committee.

In particular, CCF welcomes the Committee’s recommendation that states: “the Committee sees that increasing the access of tier two and three companies, and related Australian small and medium enterprises, to projects in the Australian infrastructure pipeline as key to enhancing Australia’s sovereign industry capacity.”

CCF also welcomes the Committee’s recommendation for the Australian Government to: “… investigate, in consultation with state, territory and local governments, and relevant industry bodies and stakeholders, how to facilitate better planning and coordination of the infrastructure pipeline.”

As acknowledged by the Committee, there would be significant value in establishing a formal mechanism, such as a ‘Civil Infrastructure Consultative Forum’ to facilitate a two-way dialogue between industry and government on critical civil infrastructure matters such as investment, procurement and enhanced skills development and training.

CCF is therefore pleased that the Committee has embraced CCF’s recommendation to improve industry and government collaboration.

A special acknowledgement needs to be paid to former Committee Chairman, John Alexander OAM. Mr Alexander has been a tireless advocate for the potential of infrastructure in Australia and this report reflects his commitment to improve how governments identify, procure and deliver infrastructure projects.

Whilst it is positive that the report has been tabled, it is hardly a job done. Rather, the hard work starts now. It is imperative that this report does not gather dust on the shelves like so many others that have come before it on the necessary steps to improve how government funded infrastructure is procured and delivered.

For too long, good intentions have not turned into actions. This includes, for example, reports from government bodies like Infrastructure Australia, as well as numerous reports from industry such as CCF.

CCF calls on all tiers of government to work with industry to progress the Committee’s infrastructure procurement reforms which are critical to building a stronger, more sustainable civil construction industry.