Civil construction trends to watch out for Uncertainty about future market conditions can deter even the bravest decision-makers from making new investments, often resulting in wasted time and missed opportunities. In the lead-up to his presentation at the 2018 National Construction Equipment Convention (NCEC), we spoke with Adrian Hart, Construction, Maintenance and Mining Associate Director at BIS Oxford Economics, about the outlook for the civil construction and mining industries and the specific factors that companies should pay attention to. 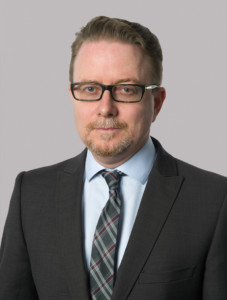 Adrian Hart is a Senior Economist with more than 15 years’ experience undertaking and overseeing research into Australian economic conditions. During his role as Associate Director at BIS Oxford Economics, Mr Hart has scrutinised the infrastructure, building, maintenance and mining sectors to produce forecasts that industry leaders look to when planning investments.

In discussing challenges to prepare for, Mr Hart cited unpredictable market fluctuations driven by explosive growth in multiple sectors as an area of key concern.

“The biggest challenge is the high level of volatility we’re seeing in the market overall,” Mr Hart said.

“We’ve got very strong growth coming through in some parts of the civil construction industry, such as in roads and in rail. But we’ve also got a very strong increase in activity around the NBN and telecommunications, as well as electricity, particularly renewable energy generation – that has been simply booming.

“Going forward from here, I think the challenge will be to try and provide a more sustainable, smoother pipeline of work into the future. But I suspect we’re going to see a lot more cycles before this all plays out.”

One of the largest opportunities, meanwhile, lies in the recovery of the mining sector.

“Commodity prices are still underwriting significant mining activity, and there’s a strong case for reinvesting in mines. So we’re seeing a strong increase in mining-related civil construction over the next few years, particularly around iron ore in gold, in copper, in base metals, lithium.

Besides mining, Mr Hart highlighted rail as the sector to watch — but it still remains to be seen whether the industry can effectively execute on the huge number of projects.

“There’s a large pipeline of rail projects moving ahead over the next decade. We don’t expect to see rail construction activity peak until the early 2020s. But that’s subject to the risk of whether we have the capacity and capability to deliver all this rail work in such a short space of time.”

In terms of equipment supply and demand projections, Mr Hart advised that construction companies should prepare for increased equipment demand, and the higher prices that come with it.

“Our evidence suggests that a lot of rebalancing took place after the mining bust, and we saw a lot of equipment move from west to east in Australia, as well as move offshore. But now our discussions indicate that we’re having to increase our equipment supply to meet growing demand, and it’s going to be a challenge to meet that.

“With that, there’s going to be a challenge in certain markets where we may not have the equipment that we need, when we need it. So we’ll be paying probably a bit more for it.”

Digging deeper into skilled labour availability, an aging population will carry the risk of workers staying in roles longer, and therefore becoming harder to replace when they eventually leave.

“The population aging story is one that will continue to impact on the industry over the next 10 years, and we’re going to need people not just to meet growing demand, but also to replace those that have had many years of experience leave the industry,” Mr Hart said.

“So that will be a challenge. I believe we’ll get through it, but it may mean risks to quality and often putting people into positions that might have been held by people with many, many more years of experience.”

According to Mr Hart, a less intuitive but nonetheless important measure to keep track of is the Australian dollar. Minor fluctuations in the dollar and interest rates can compound significantly over time and should be carefully factored in when planning investments — especially for equipment suppliers.

“While we’re saying the dollar will probably ease a little bit, the Australian dollar can also be highly volatile…it’s definitely something that the civil construction industry, and particularly equipment suppliers, should keep an eye on.

“That means working out how they’re structuring their finance, and how they’re purchasing equipment or other construction inputs from overseas, so that they’re not caught out by probably a weaker dollar over the next one to two years.”

Failing to take heed of industry trends and economic indicators can lead to avoidable mistakes in construction planning. Some of the most common mistakes ultimately come down to communication issues and unrealistic demands put on equipment suppliers.

“I think the biggest mistakes we’ve been making is just assuming that governments can get whatever they want, whenever they want it. It’s a real challenge to supply the market at the moment,” Mr Hart said.

“What we’re starting to see is more engagement of governments with the construction industry, so that they plan out their pipeline of projects better, but also that they procure them better. So it’s a more collaborative approach where risk is allocated effectively.”

Mr Hart emphasised that collaboration is a two-way street — equipment suppliers have an equal responsibility to engage with government and share potential issues that could create deployment challenges.

Fortunately, all sides are beginning to realise the substantial benefit of such dialogue.

“You probably won’t find a better time where governments are actually quite receptive at the moment to hearing about challenges from industry, and how best to overcome it.”

Adrian Hart will be discussing these issues and more in his presentation at the National Construction Equipment Convention (NCEC). This must-see industry event will run from 15-17 November in Sydney, featuring an expert speaker lineup and leading companies showcasing new equipment. For more information, visit www.ncecaustralia.com.au.