A guide to Australia’s new road authorities and programs 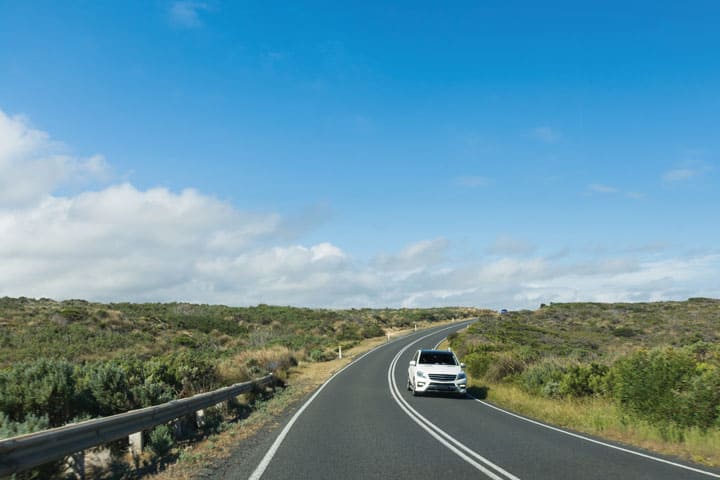 In the lead up to its re-election in April this year, the Coalition Government pledged funding for the development of new road authorities and initiatives to oversee improvements in the safety, interconnectedness, resilience and quality of our roads. Here, we take a deeper look into the suggested authorities, and what we know so far.

As part of its election pledge to invest $100 billion in infrastructure over the next decade, the Liberal-Nationals Government focused on the safety and productivity of Australia’s road network. These funding commitments include:

The independent Review of National Road Safety Governance Arrangements, released in August 2019, found that while there was commendable commitment to reducing road trauma, there is a clear need for greater leadership, strengthened management, heightened accountability and more effective coordination to effect long-lasting change.

Part of the 2019-20 Federal Budget’s funding involves the establishment of brand new road authorities, advisory bodies and programs. Cumulatively, these measures aim to help Australia achieve a higher level of coordination and organisation to improve the safety of our road network – as well as its productivity.

In March 2019, the Federal Government announced it would establish a national Office of Road Safety to facilitate greater coordination and leadership within government for road safety.

The 2019-20 Budget, announced in April, allocated $5.9 million for the task. The Office commenced on 1 July, operating within the Surface Transport Policy Division of the Department of Infrastructure, Transport, Cities and Regional Development.

The Office will initially focus on establishing the functions needed to perform its lead agency role while delivering priority government commitments to new and continuing road safety programs.

The key objective of the Office of Road Safety will be to provide national leadership in eliminating road trauma in Australia. The Office will operate as the primary policy advisor to the federal ministers for road safety on matters related to delivering safe roads, vehicles, speeds and people, and will draw together interdisciplinary expertise and experience to learn, share and channel effort towards proven approaches to reducing national road trauma.

In doing this, it will work collaboratively with counterpart agencies across the states and territories, as well as expert agencies such as Austroads.

The authority was established on the recommendation of the Inquiry into National Road Safety Strategy 2011-2020 (NRSS), submitted in September 2018.

Funding a national leadership body like this was one of the key recommendations of Scaling up to Save Lives: Protecting current and future generations, a report summarising 12 main findings from the inquiry.

Citing road trauma as a hidden epidemic with a considerable impact on the health system, the report called for a national road safety entity reporting to a Cabinet minister with responsibility for road safety. It also called for the Federal Government to commit to a minimum $3 billion-a-year road safety fund.

Informing how the Office operates will be a Joint Select Committee on Road Safety, created in August 2019. Comprising nine members in total from across Parliament, the committee’s aim is to address the effectiveness of existing programs and investments. It will consider recommendations for the role of the Office of Road Safety.

The committee will also examine the effectiveness of existing road safety support services and programs, including opportunities to integrate Safe System principles into health, education, industry and transport policy.

Safe Systems is a globally-recognised, holistic approach to road safety founded on the principle that our need to travel should not come at risk to our life and health. The committee’s work will attempt to rectify the findings of the Review of National Road Safety Governance Arrangements, which argued that Safe Systems must be more deeply ingrained within government.

While the committee’s goal is to help achieve zero deaths and serious injuries across Australia, it will have a particular focus on improving safety in remote and regional areas.

$16.5 million was also allocated in the 2019-20 Budget towards a suite of initiatives as part of the National Freight and Supply Chain Strategy.

$8.5 million of this was allocated to finalise the design of a National Freight Data Hub, which aims to help businesses and governments plan and make better operational and investment decisions.

The commitment to a Freight Data Hub includes:

Over the next two years, the Department of Infrastructure, Transport, Cities and Regional Development will be working with stakeholders on the freight data hub design. As part of the design process, the department will also be integrating pilot projects and other data initiatives into a prototype hub to test and inform the design and business case for implementation.

A discussion paper is scheduled for release in September 2019 to gather initial views from industry. Much of the Federal Government’s investment focus on roads has been on heavy vehicles, with a view to improve national road safety and productivity for inland freight routes.

The Budget pledged an additional $6 million for the Heavy Vehicle Safety Initiative to fund projects that identify opportunities to improve heavy vehicle safety.

Alongside the Freight Data Hub, the other half of the $16.5 million allocated for National Freight and Supply Chain Strategy initiatives will go towards heavy vehicle projects.

$8 million will go to the National Heavy Vehicle Regulator to streamline the approval process for road access by heavy vehicles. This includes:

These funding commitments coincide with a series of policy reforms and industry transformation.

In January 2019, the National Transport Commission (NTC) began a comprehensive review into the Heavy Vehicle National Law (HVNL). The review will involve extensive consultations with stakeholders from both rural and urban areas, with the aim of improving road safety and productivity. These include trucking industry representatives and related industries; policy and law enforcement agencies; the National Heavy Vehicle Regulator; all three tiers of government; and members of the Australian community.

As part of the Local and State Government Road Safety Package, the Federal Government also allocated an additional $275 million for the Heavy Vehicle Safety and Productivity Program (HVSPP).

The HVSPP is an initiative to fund infrastructure projects that improve the productivity and safety outcomes of heavy vehicle operations across Australia.

State, territory and local governments are eligible to apply for funding for projects that would upgrade road infrastructure to improve heavy vehicle safety and freight efficiency, help save lives and reduce travel times for freight on Australia’s roads.
The Federal Government is contributing up to 50 per cent of the total project cost to successful projects, up to a maximum of $5 million.

Successful projects in Round Six of the program were announced in August 2018. The date for Round Seven has not yet been announced.

In addition to the Office of Road Safety and the Innovation Fund, the Federal Government will provide additional funding of $2.2 billion from 2019-20 to improve local road safety and provide upgrades across local road networks.

This funding includes an additional $1.1 billion for the Roads to Recovery Program, which brings the total investment in the program to $9.1 billion since 2013-14.

$4 million has gone to supporting road safety awareness, education and collaborative initiatives with nationally focused road organisations that promote road safety. The Australian Automobile Association has also pledged to continue making a co-contribution of $1 million a year (cash and in-kind) with an emphasis on outreach in regional areas.

What else could be on the horizon for Australia’s roads?

The Australian Logistics Council (ALC) listed 39 priority actions to safeguard and improve the ongoing efficiency of Australia’s supply chains. While the Federal Government has so far committed to several of these priorities, including establishing the National Freight and Supply Chain Strategy and Freight Data Hub, there are more industry bodies that the ALC believes are missing from the ecology of Australia’s road sector.

According to the ALC, establishing a High Productivity Vehicle Infrastructure and Education Fund would allow local governments and road managers to apply for funding to upgrade infrastructure, or commence community education campaigns to facilitate the movement of high productivity vehicles on key freight routes.

Establishing a Low Emission Vehicles Contestable Fund and providing tax concessions would drive greater uptake of electric delivery vehicles (EVs). The ALC believes such a fund should be valued at $20 million per year, even recommending the Federal Government co-fund up to 50 per cent of the purchase price of an EV.

The ALC also recommends the creation of a fund to help local governments develop coordinated urban freight plans, since it is often municipal councils that manage roads and regulate access to warehouses, particularly for heavy vehicles.

It will remain to be seen if the government will look at adopting the ALC’s recommendations, but the establishment of new road authorities, funds and programs, along with a concerted effort nationwide to consolidate planning for freight and logistics, bodes well for the future of the road sector.