Technical solutions, infrastructure and community engagement programs were among the winning projects recognised at the airport industry’s night of nights, the Australian Airports Association (AAA) 2019 National Airport Industry Awards held on the Gold Coast on 20 November. 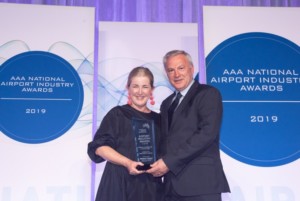 Brisbane Airport was named Capital City Airport of the Year and took home the award for Community Engagement.

“Every year the standard rises even higher as airports find new ways to work smarter, faster and always with the passenger in focus,” Ms Wilkie said.

“We have seen airports once again improve how passengers access the airport, enjoy their time before their flight and move quickly through airport processes as a result of some innovative projects this year.

“There are also some fantastic examples of airports forging ever-stronger links with their local area as an important part of the fabric of their communities.

“It is great to see so many airports investing in a truly passenger-centric and sustainable future for our industry.”

Brisbane Airport took out the award for Capital City Airport of the year after ramping up its community engagement program ahead of the opening of its new runway in 2020. 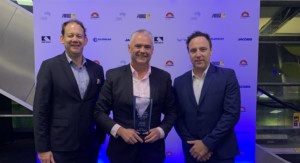 Avalon Airport took home the title of Major Airport of the Year.

Bendigo Airport was named Small Regional Airport of the year after its first commercial flights in more than 30 years commenced in 2019, while West Sale Airport’s upgrade earned it the title of Small Regional Aerodrome of the year.

Several innovation and excellence awards were also confirmed, showcasing a range of projects from across the industry.