A new paradigm for managing infrastructure during disasters

Around the world, high-impact weather events are becoming more frequent and severe, with bushfires in Australia and California, floods in India, typhoons in South East Asia and heatwaves in Europe among some of the most recent examples. These events are putting increased operational stress on our electrical networks, however, findings from a recently published report from Accenture has found that most electric utilities remain unprepared for the risks of this new reality. 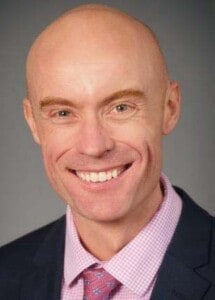 Speaking at the Disaster Management Virtual Conference in September, one of the events in the 2020 Critical Infrastructure Summit, Tony Histon, Managing Director – Transmission & Distribution for Accenture’s Transmission and Distribution Practice in Asia Pacific, Africa and the Middle East, gave insights into the report and how utilities can shift their focus from reliability to resilience in order to be better prepared for the future.

To understand the ability of utilities to cope in the face of these events, Accenture spoke to over 200 utility executives across the globe.

The survey found that utilities around the world recognised the serious operational and financial impacts of weather events, but few are very well prepared to deal with them.

“Overwhelmingly, throughout all parts of the globe, in particular in North America and Asia Pacific, there was agreement that extreme weather events had grown in frequency and severity as it relates to utility networks over the last ten years, and an even greater percentage of respondents…felt that trend was likely to increase further over the next ten years,” Mr Histon said.

“The highest percentage was in the Asia Pacific with 94 per cent of respondents saying ‘yes, significantly’, or ‘yes, moderately’ we expect more extreme weather events to occur over the next ten years.”

However, despite recognising the potential threat, increased discussion of resilience in the sector and within industry-focused literature, only 24 per cent of those surveyed felt they were very well prepared to manage the challenges.

A new approach to disaster management

Mr Histon said traditionally, utilities have focused on the reliability of their energy systems and considered point events that may occur in particular parts of the network, and built infrastructure with a certain amount of redundancy to be able to overcome those predicted scenarios based on asset failure analysis using post hoc metrics.

“What we’re seeing now is an increase in more widespread events such as pandemics, cyber attacks or widespread disasters that are affecting the network as a whole, and we’re also seeing a greater intensity in events.

What that means is that we can’t necessarily rely on historical information and predicted scenarios to be able to plan for a response,” Mr Histon said.

“Interestingly, we asked a question about whether utility executives felt that events considered innocuous previously were now threatening network stability. Over 80 per cent said yes, and in Asia Pacific that [response] was closer to 90 per cent.

“So we can end up in situations today where the sun is shining, there’s no major storm or catastrophe but given the output from solar, wind and prevailing network conditions, there can be a threat to grid stability.”

In order to overcome these threats, the response requires a shift in mindset from reliability to resilience. Mr Histon said that unlike a reliability strategy, a resilience strategy is focused on an analysis “of system-wide failures where multiple events may happen concurrently and there’s a  requirement for the system to adapt with more flexibility to preserve supply to critical customers and maintain electricity and energy services with minimum impact to end users”.

“This is managed through engineering solutions as opposed to building and establishing redundancy. Resilience also requires a consideration, not just of how to respond when an event happens and how quickly we can repair or replace assets, it requires complex planning prior to an event and it requires analysis after the event occurs with a feedback loop to understand how we can adapt systems and improve analysis to prevent events from occurring subsequently.”

Far from shifting the focus away from reliability, resilience seeks to verify that utilities can expand their definition of reliability while also developing the additional, supporting capabilities they will need to provide an elastic response in the face of stressed or extreme conditions. A three-pronged approach to resilience

1. Establish the foundations of resilience

Flexibility is key to a resilient electricity system

According to the Accenture report, flexibility in particular will be key to building a resilient network for a number of reasons:

Mr Histon said 35 per cent of survey respondents agreed flexibility was the most cost-effective resilience improvement area they expect to be their greatest priority over the next ten years.

“As an example for a remote community, in the past we may have focused on improving reliability by building a redundant network link; a more flexible solution may involve supporting that community with its own storage and generation capacity which may be engaged in conjunction with a demand management scheme that can identify and dispatch discretionary demand.

That remote community might then be able to survive for an extended period without a connection back to the broader grid if we use those flexibility solutions.

“Those concepts can also be applied on a more macro scale, so that conceivably parts of our broader energy system may be able to operate in some form of islanded mode for a period of time where that part of the system or that subsystem is reliant on its own generation storage and demand management mechanisms.”

Mr Histon said the concept of flexibility can be considered from several angles, including in terms of operational flexibility that exists within a utility and the people that manage it, and the increasing number of customers, both small and commercial, that own storage and generation facilities that can be classified as discretionary and dispatched when not essential.

Resilience is the way forward but not without challenges

Mr Histon said the challenge for achieving a more resilient mindset is how it is measured and how it is incentivised. “Typically our current mechanisms globally focus on identifying reliability metrics and incentivising meeting those metrics.

Often those metrics exclude what might be considered high impact, low frequency events, such as a large scale natural disaster, so there’s more work to do to measure the societal value of resilience,” Mr Histon said.

While the challenge of becoming more resilient may be formidable, it is also unavoidable, and those utilities that do not act now are putting their organisations and their customers in jeopardy.

Therefore, supporting resilience more directly is a significant part of the industry’s growth trajectory and it is up to utilities to convince policymakers, customers and other stakeholders to make resilience part of the businesses’ remit.