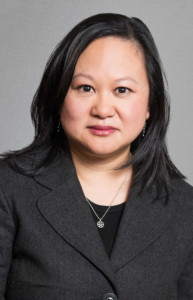 The Australian Infrastructure Plan made 78 comprehensive recommendations to fundamentally change the way we plan, deliver and use our infrastructure.

These recommendations were comprehensive and long term, and laid out for Australia’s governments the reforms and investments needed to drive productivity, improve our standard of living and deliver world-class services in our cities and regions.

We knew, however, that the national reform agenda we put forward would only be as good as the commitments and leadership that followed.

To keep up the momentum on reform and encourage Australia’s government to stay the course over the long term, we have released a new report, Prioritising Reform, which reviews the progress made against the key recommendations in the 2016 Plan.

What progress has been made?

The Australian Infrastructure Plan recommended a material increase in both public and private infrastructure funding to meet the needs of Australia’s growing population and drive productivity growth. It’s pleasing then to report an upward trend in public and private infrastructure investment in transport, energy, water and communications, which has been discernible since early 2016.

This has been driven primarily by increased investment in transport infrastructure, which is the biggest category of spending in each state and territory – and represents about half of all private and public spending across the four sectors.

Another positive development highlighted in Prioritising Reform is the improved quality of long-term integrated infrastructure planning occurring across the country.

Our four largest cities, Sydney, Melbourne, Brisbane and Perth, have improved their metropolitan-level planning and coordination, while forward-thinking action has been taken to protect strategically important infrastructure corridors in New South Wales and Queensland.

We have also been pleased to see the Australian Government take up Infrastructure Australia’s recommendation to establish a National Freight and Supply Chain Strategy to define nationally significant freight corridors and precincts.

This action will be critical to meeting the growing national land freight task, which is set to grow by 86 per cent between 2011 and 2031.

What remains to be done?

While our recommendations have guided progress in these and other areas, there has been little or no progress on other critical opportunities for reform.

However, it is clear that urban water reform has stalled and progress towards full cost recovery and independent price regulation has slowed and in some instances, reversed.

The continued absence of a national population policy has fostered uncertainty around how to manage Australia’s growing population.

It is also needed to inform better infrastructure planning by correctly projecting the costs, benefits and optimal timing of major projects.

Progress on how we fund and deliver our roads has also stalled. The Plan recommended that the Australian Government initiate an inquiry into the potential benefits and impacts on road market reform, with a view to transitioning to a fairer user-pays approach.

The Australian Government signalled its support for this approach in 2016, however no inquiry has been forthcoming.

A significant focus of the Australian Infrastructure Plan was the need for greater transparency and accountability in infrastructure decision-making and project selection.

The Infrastructure Priority List, a prioritised list of nationally significant investments assessed by the independent Infrastructure Australia Board, has helped guide investment towards projects with demonstrated economic benefits. Infrastructure Australia has been proud to work closely with the states and territories to raise the quality of business cases, including by hosting workshops around the country to improve proposal development.

Greater collaboration between federal and state jurisdictions has further supported the development of quality business cases, as has the creation of dedicated infrastructure agencies in each state and territory.

However, early stage project funding announcements remain a concern. Too often we are still seeing instances of projects being committed to before a business case has been prepared, a full set of options have been considered, and rigorous analysis of a potential project’s benefits and costs has been undertaken.

These announcements risk foreclosing on other, possibly better, options, which can be costly for taxpayers and undercut public confidence in government decision-making.

A clear set of principles to guide decision-making

Building on our recommendation in the 2016 Plan, Infrastructure Australia has recently released the Infrastructure Decision-making Principles, a set of clear guidelines designed to ensure major public infrastructure investments deliver the best outcomes for the community and the best value for taxpayers.

These 11 principles set a new benchmark for high-quality infrastructure decision-making and should act as a guide for Australia’s governments, while also providing the community with a clear set of expectations with which to hold decision makers to account.

Our hope is that Australia’s governments embrace these Infrastructure Decision-making Principles as they will give the community added confidence that decisions on public infrastructure projects are robust, transparent and accountable.